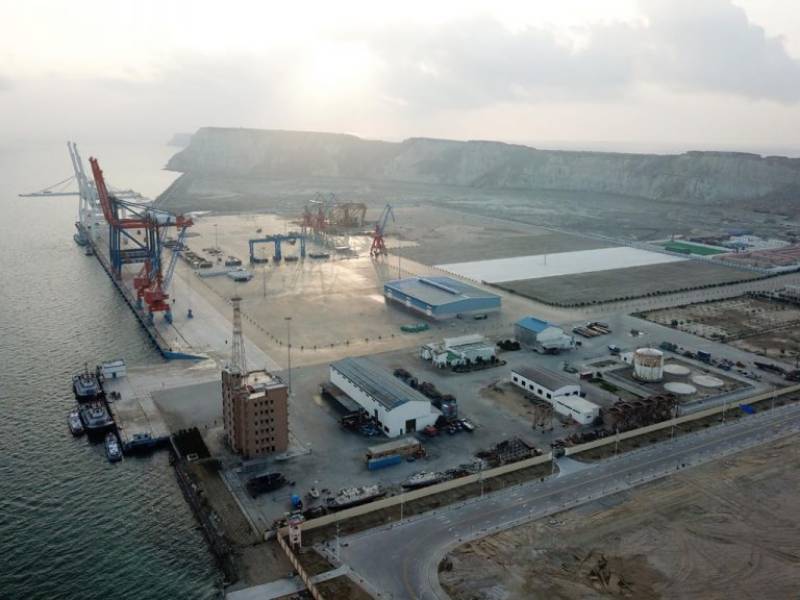 The Committee expressed its serious reservations over unnecessary delay in construction of Western Rote saying that the government could not finalize the PC-1 of Dera Ismail Khan-Zhob and Zhob-Quetta roads during previous three years.

The meeting of the Committee was held here under the chairmanship of Senator Agha Shahzaib Khan Durrani and was attended by Senators Gianchand, Kauda Babar, Rukhsana Zuberi, Muhammad Usman Khan Kakar and Hidayat Ullah.

Usman Kakar alleged that the government was giving least priority to Western Route as it spent over two and half years to finalize the PC-1 of the projects which had not yet been completed.

The meeting was informed that PC-1 of the 210 kilometer D. I. Khan-Zhob road was almost on final stage and within 45 days it would be finalized.

Project Director of CPEC in the Ministry, Hassan Daud Butt said that the Ministry would strongly take up the issue of Western Route with Chinese government in 8th Joint Coordination Committee on CPEC to be held in China in couple of months to ensure early completion of the projects.

Giving briefing on Gwadar projects, Hassan Daud said work on the US$140 million Gwadar Eastbay Expressway was in progress and it would be completed in October 2020.

He said currently there were four berths at Gwadar port while in future nine more berths would be constructed and the depth of the port would also be increased.

He said at present one ship carrying fisheries products sails away once in a week. Chairman of the Committee also expressed its reservations over slow progress of Gwadar projects saying that these projects should have given top priority however the reality is vise versa.

Kauda Babar informed the Committee that recently he visited China where he met with Chinese officials who were also not happy with the slow progress of Gwadar projects. Regarding water supply issue in Gwadar, the meeting was informed that at present, a Chinese company was providing three million gallons of water per day to the city while the total demand was over 6 million gallons of water daily.

He said billions of rupees were spent on construction of dam and pipelines in the city, however due to no rains in the area, the dam was of not use.

However he said if this money would have been spent on desalination plants, there would have no issue of water in the city. He said electricity was the biggest issue in the city now.

He said at present the total demand of the city is not more than 20 MW which can be arranged easily, however no attention is being given on this issue. “Without basic facilities of water, electricity and security, how the investors could be convinced to established industries in the city,” he questioned.

The meeting was informed that as many as 8 investors including four from China had signed Memorandum of Understandings to establish industries in Gwadar free zone.

Regarding energy projects under CPEC, the meeting was informed that an amount of $34.74 billion whad been invested in the projects purely on Independent Power Producer (IPP) financing mode.

Secretary Ministry of Planning, Hassan Zafar said the government gives only sovereign guarantee to the projects under IPP financing mode and it had nothing to do with repayments.

He informed that so far total government-led debt under CPEC amounted to $6 billion while all other investment was either on IPP financing mode, or grant.

The meeting was also informed that the government was giving priority to clean, alternative and cheaper electricity as the tariff of solar electricity was about Rs 5 per unit while that of imported coal was about Rs 8.5 per unit.

However the electricity tariff per unit of mine mouth Thar coal based power projects would be only Rs 4.5 per unit, the meeting was informed.