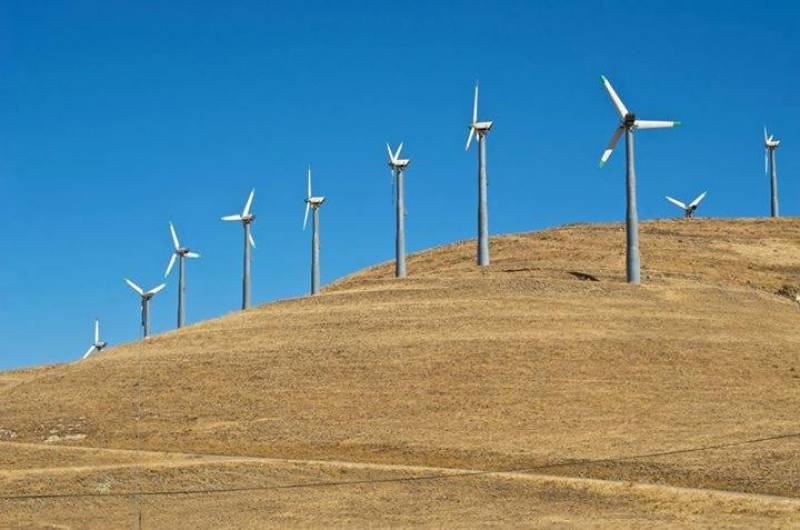 KARACHI (APP): Seven wind power projects with cumulative capacity of 350 mega watts installed along the coastline in the Sindh province are almost ready and expected to start electricity generation by next month.

These cheap and environment-friendly wind power projects, each having the capacity of 50 mega watts, include Yunus Energy, Metro Power Company, Gul Wind Energy and Master Energy, an official of the Alternative Energy Development Board (AEDB) told APP here on Sunday.

He said that another windmill project with a capacity of 50MW is under construction in Jhimpir, Sindh. Sachal Energy Development (pvt) Limited (SEDL) is developing this energy project, and it is expected to be completed by mid of next year, he added.

The AEDB official pointed out that all of these wind energy projects are being constructed under private sector and have no burden on national exchequer. He explained that wind energy is called green and fuel-free energy, as it reduces dependence on fuel.

According to experts, wind power is quiet and does not present any significant hazard to birds or other wildlife.

When large arrays of wind turbines are installed on farmland, only about two per cent of the land area is required for the wind turbines while the rest is available for farming, livestock, and other uses.

Landowners often receive payment for the use of their land, which enhances their income and increases the value of land.

Each megawatt-hour of electricity that is generated by windmills helps to reduce 0.8 to 0.9 tones of greenhouse gas emissions that are produced by coal or diesel fuel generation each year.