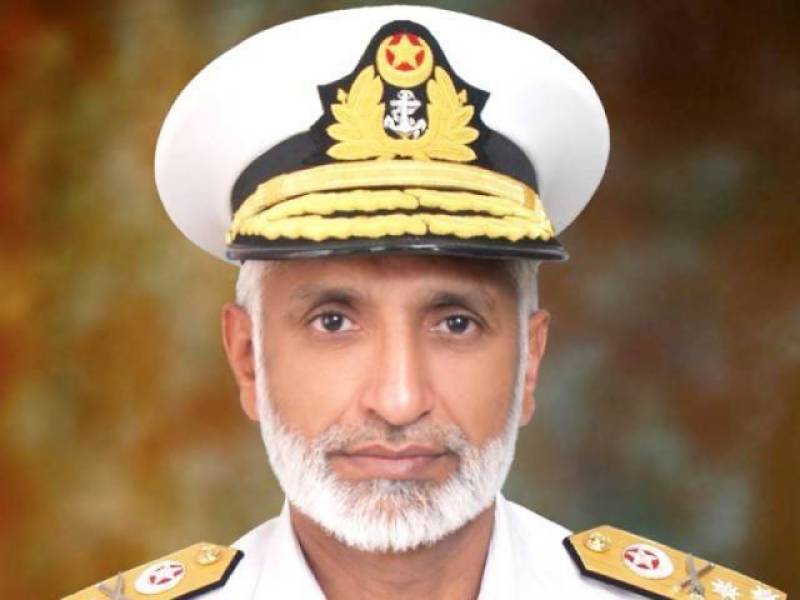 On his arrival at the base, he was received by Air Chief Marshal Sohail Aman, Chief of the Air Staff Pakistan Air Force. Air Officer Commanding Southern Air Command and Base Commander were also present at the occasion, according to a PAF press release issued here.

During the visit Chief of Naval Staff was given a detailed briefing about the conduct of Exercise High Mark 2016. He also visited various areas of the base and witnessed the ongoing flying operations carried out by the PAF personnel.

Pakistan Navy to hit back with full might if India imposed War: Naval Chief

Later, he met with the air and ground crew participating in the exercise and highly appreciated their high standard of professionalism and motivation.

While talking to the airmen, he said that the entire nation is proud of PAF achievements and specially the success achieved during Operation Zarb-e-Azb.

He also appreciated the key role played by PAF in synergy with other services during Zarb-e-Azb. He said that under the command of present Air Chief there is unprecedented coordination between PAF and Pak Navy.

While talking at the occasion, the Air Chief thanked the dignitary for visiting the PAF operational Air Base and assured him that PAF would continue to provide support to sister services in all possible manner.

He further said that the three services in synergy with each other are playing a major role in the defence of beloved motherland. PAF exercise High Mark-2016 is the true manifestation of this close coordination between the three services.