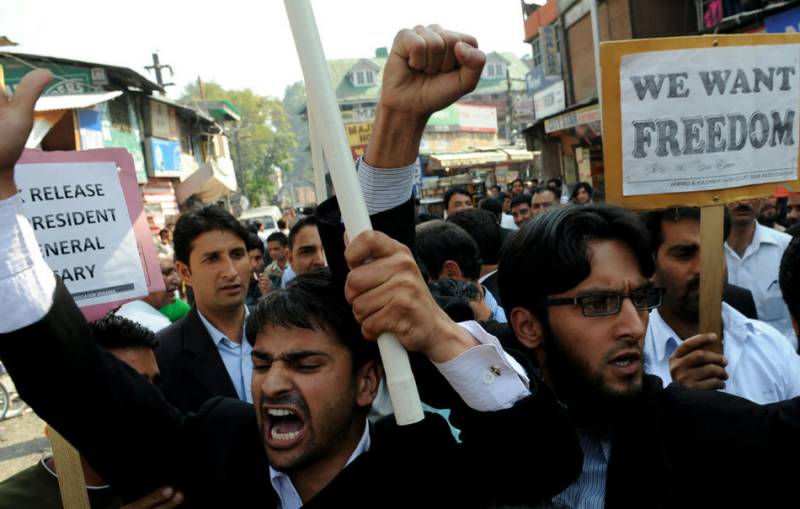 ISLAMABAD (APP): The High Court Bar Association (HCBA), in Occupied Kashmir (IOK), has said that the United Nations has passed 28 resolutions on Kashmir dispute and is legally and morally bound to implement them.

The HCBA General Secretary, Bashir Siddiq, in a statement issued in Srinagar said that the settlement of Kashmir dispute was imperative to avert the catastrophe, looming large in the region, Kashmir Media Service (KMS) reported.

He also condemned the snapping of all communication lines and placing of extreme kind of restrictions on the octogenarian leader, Syed Ali Gilani, which has now made it impossible for his family members to interact with him.

He said the so-called propagators of `Kashmiriyat' and `Jamooriyat' have only exposed themselves before the whole world by not allowing one son of Gilani to go inside his house and the other to come out of the house.

This inhuman and barbaric act deserves condemnation from all, who believe in fundamental freedoms of the people, he added.