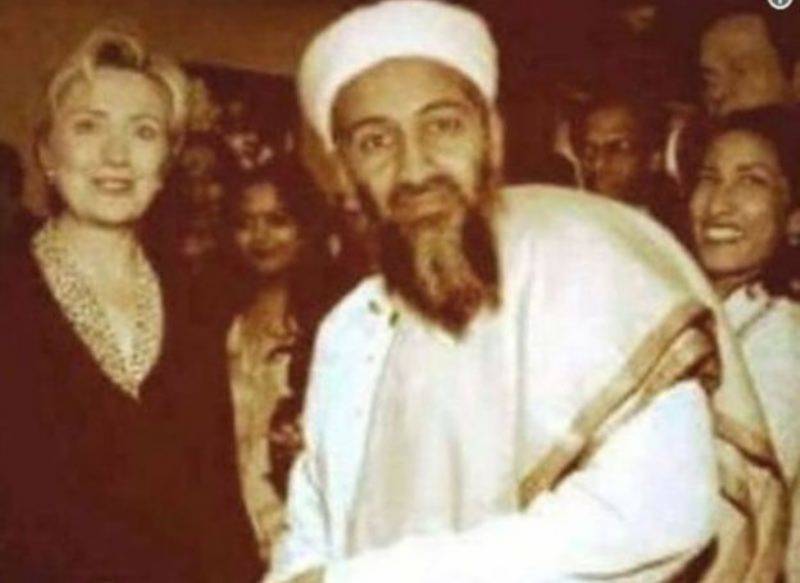 MOSCOW - The social media in Russia has been rife with the picture of the former Al-Qaeda leader Osama bin Laden, purportedly showing he has been hosted by Hillary Clinton in the White House.

The picture has been widely shared by the Twitter users in Russia and the speculations has led to Russian officials believing that the picture is authentic.

Russia’s Foreign Ministry spokeswoman Maria Zakharova has commented regarding the picture during a TV show.

“Recall these fantastic, mind-boggling photographs of how Bin Laden was hosted in the White House,” she said.

However, the latest media reports indicate that the picture is fake and Bin Laden has been superimposed on a photo of Mrs Clinton meeting musician Shubhashish Mukherjee at an event in 2004.

At the time, President George W Bush was in the White House and Hillary Clinton was a New York senator, according to BBC.

Bin Laden was killed on 2 May 2011 after a raid on his compound in Abbottabad in Pakistan by United States Navy Seal commandos.