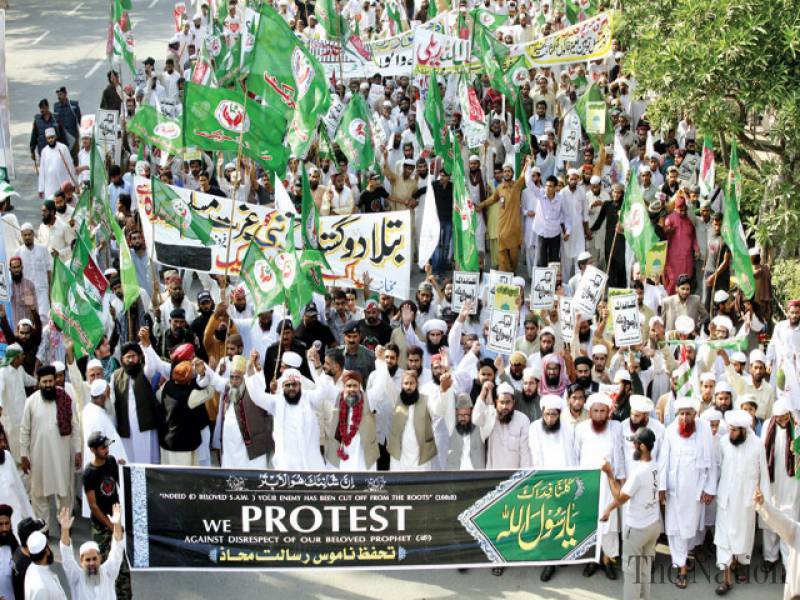 ISLAMABAD: Leaders of the Tehreek-i-Labaik Ya Rasool Allah Pakistan  Thursday night ended their protest and vacated the place where they were staging a sit-in after an agreement with the government.

Following are the main points of the agreement between the government and the negotiation team of the Tehreek-i-Labaik Ya Rasool Allah Pakistan:1.

In order to stop conspiracies of non-believers of Khatm-e-Nabuwat, the government will constitute a powerful national consultation council within two months, comprising eminent scholars. 2.

The rumours that Asia Bibi, the accused for blasphemy was being sent abroad were unfounded and wrong. The decision about her would be taken in the light of court’s judgment.3.

The issue of changing of wording in the nomination papers will be thoroughly investigated and facts will be brought before the nation within 20 days. If it is found that conspiracy was committed in this regard, then the responsible will be given punishment according to the law.  The government will take scholars onboard about the investigations into the matter. 4.