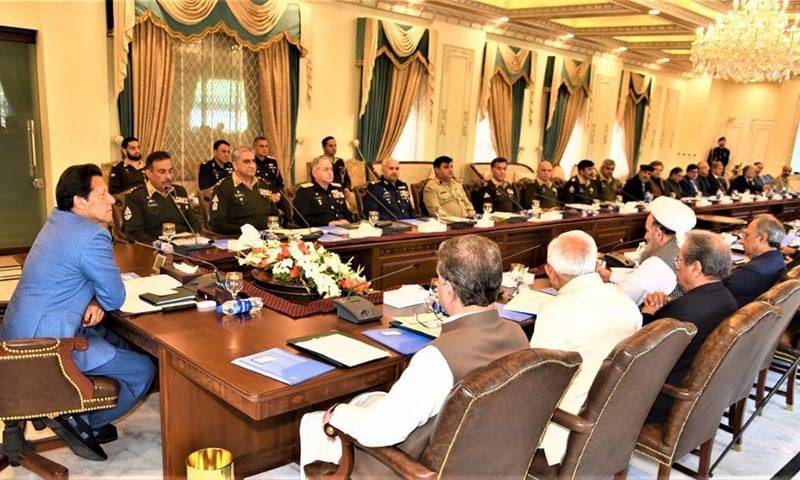 ISLAMABAD – Prime Minister Imran Khan Monday summoned a high-level meeting to review the European Parliament resolution against Pakistan which asks for a review of the country‘s GSP Plus status.

The meeting will be held at the Prime Minister's office which will be attended by Foreign Minister, Commerce Minister, Religious Affairs Minister, Home Minister, and other high-ranking senior officials.

The top officials will review the European Parliament resolution against Pakistan which asks for a review of Pakistan s GSP Plus status. The meeting is also expected to make crucial decisions in light of the recent situation.

On Thursday, the European Parliament had adopted the resolution calling for a review of the GSP Plus status granted to Pakistan, citing discriminatory laws towards minorities and oppression against fundamental rights. The resolution was adopted with a majority of 681 votes against six.

Meanwhile, Foreign Office issued a statement in this regard. ‘Pakistan is a parliamentary democracy with a vibrant civil society, free media, and independent judiciary, which remains fully committed to the promotion and protection of human rights for all its citizens without discrimination,” the statement said.

FO added that Pakistan is proud of its minorities who enjoy equal rights and complete protection of fundamental freedoms as enshrined in the Constitution. Judicial and administrative mechanisms and remedies are in place to guard against any human rights violations. Pakistan has played an active role in promoting freedom of religion or belief, tolerance, and inter-faith harmony.