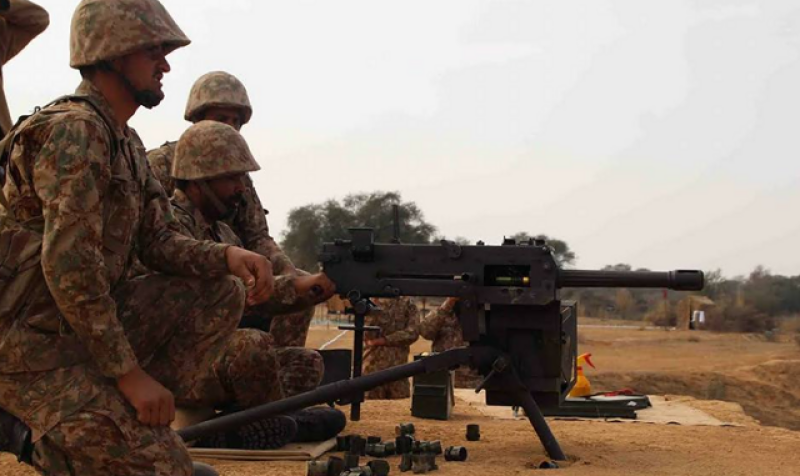 RAWALPINDI - The Pakistan Army has taken yet another step towards the indigenous weapons production and has unveiled a new grenade launcher.

Reports suggest the launcher has a range of 2,200 meters and weighs around 41 kilograms. The launcher can also be equipped with night vision or thermal sights.

The launcher fires 40mm grenades with a lethal radius of 10 metres and is capable of firing multiple types of grenades.

An Automatic grenade launcher is much like a machine gun, as it fires rounds in quick succession from an ammunition belt or a magazine. It is also mounted on vehicles or helicopters and requires a small team to operate it.