India's nuclear triad for second strike capability against Pakistan
3 May, 2018 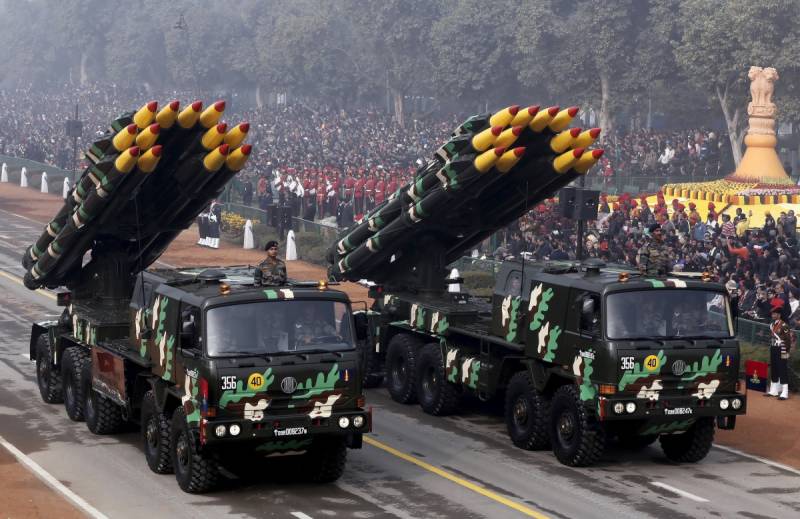 NEW DELHI - India has maintained a strong Nuclear defence force to ward off any misadventure on its borders. While China in the north and Pakistan on its western side continue to build and acquire new weapons, India too has built a formidable arsenal including nuclear weapons although New Delhi has officially stated that it has a "No First Use" policy.

According to the latest data by Stockholm International Peace Research Institute (SIPRI), an international think tank on conflict, armaments, arms control and disarmament, India spent $63.9 billion on its defence forces in 2017, an increase of 5.5 per cent compared with 2016. But the leader of the pack is China, the second largest spender globally after the USA. China increased its military spending by 5.6 per cent to $228 billion in 2017 and its share of world military expenditure has risen from 5.8 per cent in 2008 to 13 per cent in 2017.

India has completed its nuclear triad by ensuring a mix of nuclear-tipped missiles, bombers which can carry the nuclear bomb and submarine-launched nuclear missiles for second strike capability.

India is estimated to have between 100 and 120 nuclear devices while China has almost 250 nukes and Pakistan is also ahead with around 130 bombs. But since the 1980s, India has developed a series of weapons.

Several Indian Air Force fighter-bombers like Sukhoi Su-30 MKI, MiG-29s and Mirage 2000s have the capability to carry nuclear bombs. The nuclear-tipped missiles in India's arsenal consist of the Agni and Prithvi series.

The Agni series has a wide range of missile starting with Agni-I with a range of 750km to 1250km and going up to the intercontinental ballistic missile Agni V which can hit a target between 5,500km to 8,000 km. With the success of nuclear-tipped Agni V, entire China has come under the range of Indian defence forces.

The nuclear submarines will be equipped with the K-15 (Sagarika) and K-4 missiles. While Sagarika missile had a range of 750km to 1,500km and can carry a warhead of 1 tonne, the K-4 is a much bigger missile with range of 3,500km and a warhead capacity of 2.5 tonnes.