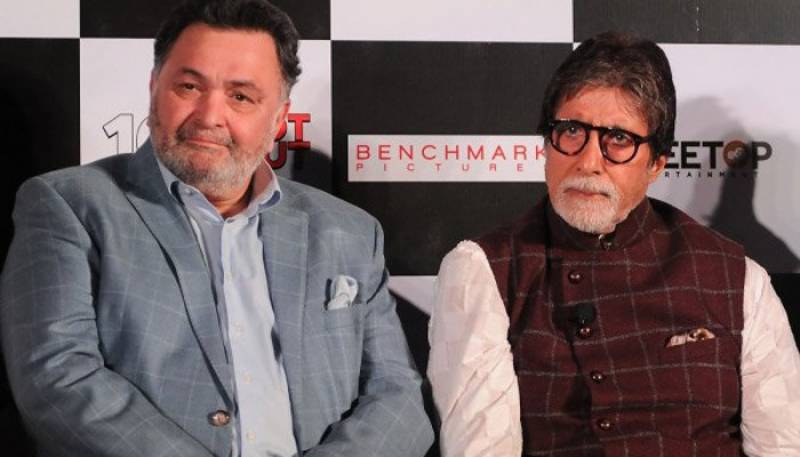 NEW DELHI: Two of Bollywood´s greatest stars, Amitabh Bachchan and Rishi Kapoor, will share a screen together for the first time in almost three decades when comedy 102 Not Out is released Friday.

The movie, directed by Umesh Shukla, sees Bachchan play a 102-year-old who dreams of becoming the world´s longest-living man by making it to 118.

But to do so, he decides he has to put his downbeat 75-year-old son, played by Kapoor (who is 65 in reality), into an old people´s home.

"Getting together after a gap of 27 years with Rishi ji, was just like getting off a bicycle and getting on it again," Bachchan, 75, told the Press Trust of India news agency this week.

The cinema icon affectionately known as "Big B" shot to stardom in the early 1970s on the back of powerful roles in hits Zanjeer and Sholay.

He was dubbed India´s "angry young man" for portraying violent heroes fighting an unjust system and injecting a new aggressive element into Bollywood movies, which had previously consisted of polite romances.

Kapoor, part of India´s legendary Kapoor acting family, made a name for himself as a romantic hero following his breakthrough role in the 1973 classic Bobby.

Bachchan and Kapoor´s first film together was the 1976 romantic drama Kabhi Kabhie.

"You played my step father-in-law in Kabhi Kabhie, we were brothers in Amar Akbar Anthony and Naseeb. We were friends in ´Coolie´ and ... in Ajooba," Kapoor, 65, said to Bachchan at a promotional event attended by AFP.

102 Not Out is an adaptation of a popular Gujarati play by Saumya Joshi. APP/AFP