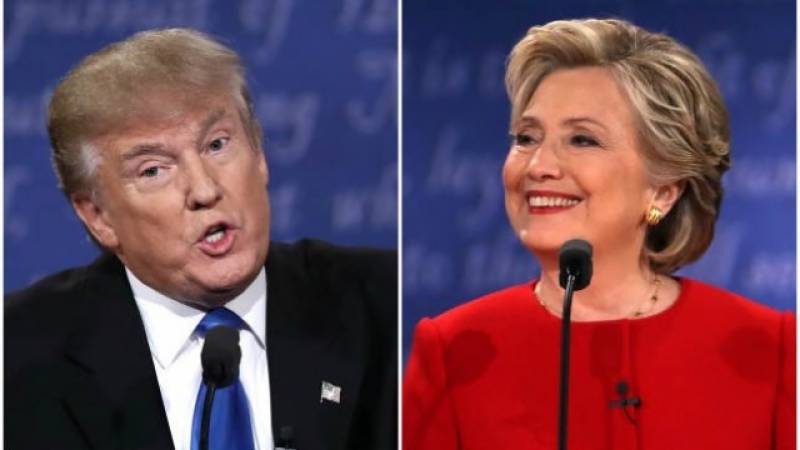 Clinton stressed in an interview with CNN during a Women For Women International charity luncheon in New York that negotiating is key in getting the North Korean regime under control.

"Negotiations are critical, but they have to be part of a broader strategy, not just thrown out on a tweet some morning that, "Hey, let's together and, you know, see if we can't get along and maybe we can, you know, come up with some kind of a deal," Clinton said. "That doesn't work."

Trump praised North Korean leader Kim Jong Un during an interview broadcast over the weekend with CBS' Face the Nation," remarking that Kim is a pretty smart cookie." He added Monday during an interview with Bloomberg News that he would be "honoured" to meet with the repressive dictator "under the right circumstances." Clinton, however, warned against that approach.

"The North Koreans are always interested, not just Kim Jong Un but his father before him, were always interested in trying to get Americans to come to negotiate to elevate their status and their position," she said. "And we should be very careful about giving that away. You should not offer that in the absence of a broader strategic framework to try to get China, Japan, Russia, South Korea, to put the kind of pressure on the regime that will finally bring them to the negotiating table with some kind of realistic prospect for change."

While claiming responsibility for her failed campaign in the 2016 election, Clinton however, blamed the loss on FBI Director James Comey and WikiLeaks.

"I take absolute personal responsibility, I was the candidate, I was the person on the ballot," Clinton said.

"I am very aware of the challenges, the problems, the shortfalls that we had. It wasn't a perfect campaign. There is no such thing," she added.

Clinton said she was close to winning the election until Comey publicly announced he might reopen the investigation into her use of a personal email server when she was secretary of state. She also pointed to the alleged interference of Moscow in the last year's election.

"If the election were on October 27, I would be your president," Clinton said, referring to the day before Comey's letter went public.

"I was on the way to winning until the combination of Jim Comey's letter on October 28 and Russian WikiLeaks raised doubts in the minds of people who were inclined to vote for me but got scared off," the former presidential candidate said.

"And the evidence for that intervening event is, I think, compelling, persuasive. And so we overcame a lot. We overcame an enormous barrage of negativity, of false equivalency, and so much else," she noted, adding that Russian President Vladimir Putin "certainly interfered in our election. And it was clear he interfered to hurt me and to help my opponent. And if you chart my opponent and his campaign's statements, they quite coordinated with the goals that that leader who shall remain nameless had."

Moscow has already rejected claims that it interfered in the US election, despite such a conclusion by the American intelligence community that has triggered three parallel investigations into the matter.

Clinton sent more than 30,000 potentially confidential emails while heading the US State Department. This is while, she deleted thousands of the emails before turning over the server.

Before their ultimate face-off on November 8, Republican candidate Donald Trump accused Clinton of violating federal laws for using a private email server and using her political links to get away with the crime.

Clinton had been leading Trump throughout the campaign in most of the polls except for the last week of the election when she lost ground to Trump.

Trump stunned the world on November 8 by defeating his heavily favoured Democratic opponent in the presidential election, sending the United States on a new and uncertain path.

Trump won the presidential election with 306 votes in the Electoral College, 36 more than he required to win the White House. (APP)