Pakistan takes a neutral stance at the UNGA over Russian invasion of Ukraine
3 Mar, 2022 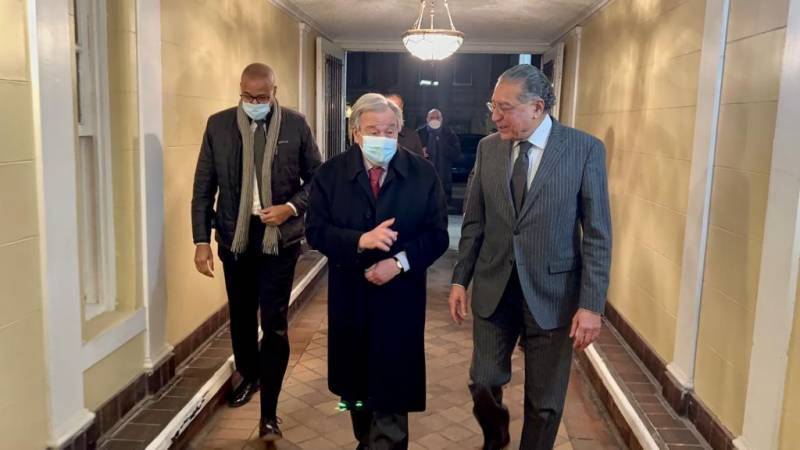 ISLAMABAD – All efforts should be made to avoid further escalation of violence and loss of life as war rages in Ukraine, said Ambassador Munir Akram, Pakistan’s permanent representative at the UN.

The UN General Assembly on Wednesday overwhelmingly voted to snub Russia over the invasion and demanded that Moscow stop fighting and withdraw its military forces, an action that aims to diplomatically isolate Russia at the world body.

The resolution, supported by 141 of the assembly’s 193 members, ended a rare emergency session called by the UN Security Council as Ukrainian forces battled on in the port of Kherson in the face of air strikes and a devastating bombardment that forced hundreds of thousands of people to flee.

The text of the resolution “deplores” Russia’s “aggression against Ukraine.”

The last time Security Council convened an emergency session of the General Assembly was in 1982, according to the UN website.

Thirty-five members including China abstained and five countries including Russia, Syria and Belarus voted against the resolution.

While General Assembly resolutions are non-binding, they carry political weight.

Pakistan has so far refrained from taking sides, and urged “dialogue and diplomacy” to resolve tensions.

“All efforts must be made to avoid further escalation of violence and loss of life as well as military, political and economic tensions which can pose an unprecedented threat to international peace and security and global economic stability,” Akram said at an emergency session of the UN General Assembly.

“As consistently underlined by Prime Minister Imran Khan, the developing countries are hit the hardest economically by conflict anywhere.”

“We hope the talks initiated between representatives of the Russian Federation and Ukraine will succeed in bringing about a cessation of hostilities and normalization of the situation,” Akram said.

“A diplomatic solution in accordance with relevant multilateral agreements, international law, and the provisions of the UN Charter is indispensable.”

The UN representative said Pakistan was most concerned about the safety and welfare of Pakistani citizens and students in Ukraine, adding that a majority of them had been evacuated.

“Those who remain will be evacuated soonest. We appreciate the cooperation of the Ukrainian authorities as well as the Polish, Romanian and Hungarian governments in this context,” Akram said.