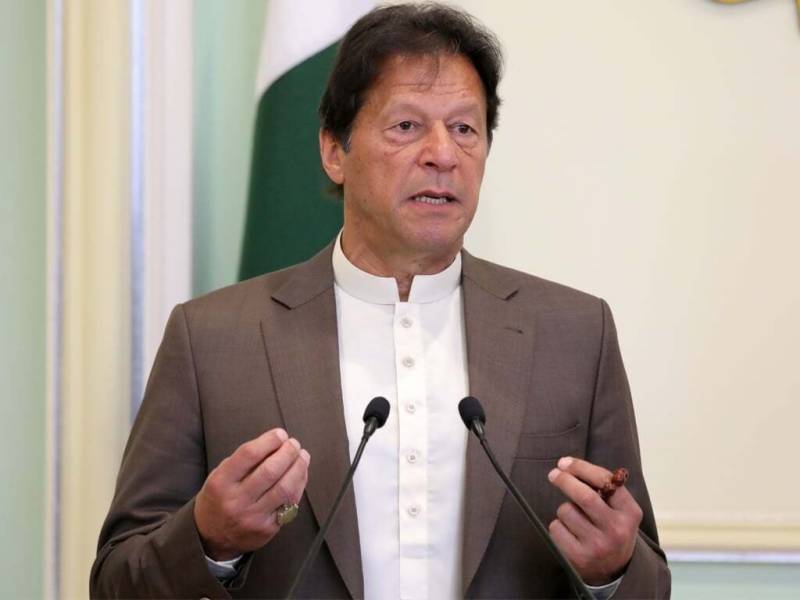 *Pakistan Tehreek-e-Insaf (PTI) Chairman Imran Khan said on Friday that he will reveal how the government is a "willing tool being used by US regime change conspirators" when he addresses a rally in Buner, Khyber Pakhtunkhwa later today.*

"I will be pointing out how imported government is a willing tool being used by US regime change conspirators, especially those foreign interests who want to cause economic chaos and hardship for our people and weaken the state of Pakistan," the ex-prime minister tweeted.

Imran has for months maintained that a West-led conspiracy was responsible for his ouster from government two months ago, which took place via a no-confidence motion link in the National Assembly. He famously flashed a piece of paper during a rally on March 27, which he said was a letter proving this.

He claimed the letter carried details of a meeting between Assistant Secretary of State for South and Central Asia Affairs Donald Lu and Pakistan's ambassador to the US, Asad Majeed Khan, in which the former allegedly threatened Pakistan. Washington has denied the charge on multiple occasions.

Imran's latest statement comes after the government said it is increasing petroleum prices link by another Rs30 per litre, taking it to its highest level, to meet an International Monetary Fund (IMF) condition for the revival of the Extended Fund Facility (EFF) programme.

Imran had earlier said he will hold a nationwide protest after Friday prayers on June 3 "against imported government's anti-people policies of massive price hikes".

Meanwhile he has also been pressurising the government to dissolve the National Assembly and call general elections.