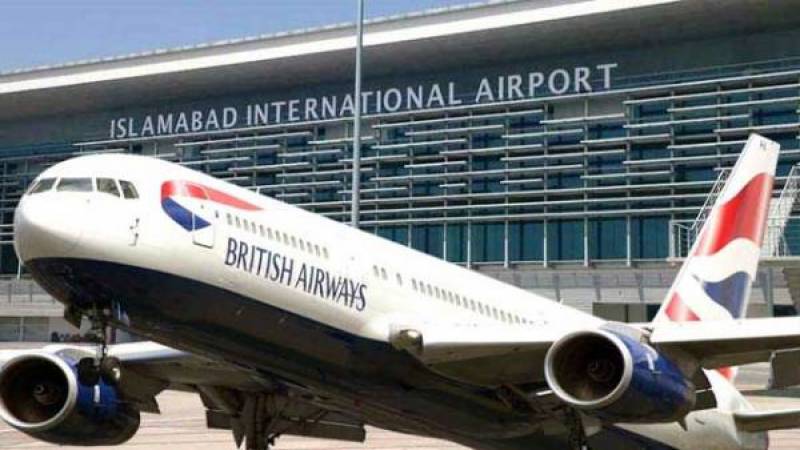 British Airways is resuming its flight operation to Pakistan after a decade-long gap.

First flight of British Airways (BA- 261) will arrive at Islamabad International Airport today (Monday) at 9:25 A.M from Heathrow, London where 240 passengers will arrive by the Boeing 787 Dreamliner with Pakistani and British flags in their hands.

In line with the spirit of this joyous occasion, Minister for Aviation Ghulam Sarwar Khan, Advisor to Prime Minister on Commerce Abdul Razak Dawood, Special Assistant on Overseas Pakistanis Zulfiqar Hussain Bukhari and senior officials of Aviation Division and the British High Commission will welcome the passengers at Islamabad International Airport.

The same aircraft will depart for Heathrow at 11:10 a.m. with passengers on board from Islamabad.

As per the flight programme during the summer season, the British Airways will fly thrice a week between Heathrow and Islamabad. Considering presence of large Pakistani diaspora in the United Kingdom, the British Air flights will provide a convenient connection between the two countries.

Apart from the diaspora, the flight link will promote cultural values, tourism and business opportunities between the United Kingdom and Pakistan.

As a new hub for air travel, Islamabad International Airport will provide easy and convenient access to all parts of Pakistan. Several other major air operators have shown keen interest in initiating operations to Islamabad.

It is expected that with the growth of number of passengers and cargo traffic, the initiatives will provide impetus to the growth of the aviation sector in line with the National Aviation Policy, 2019.