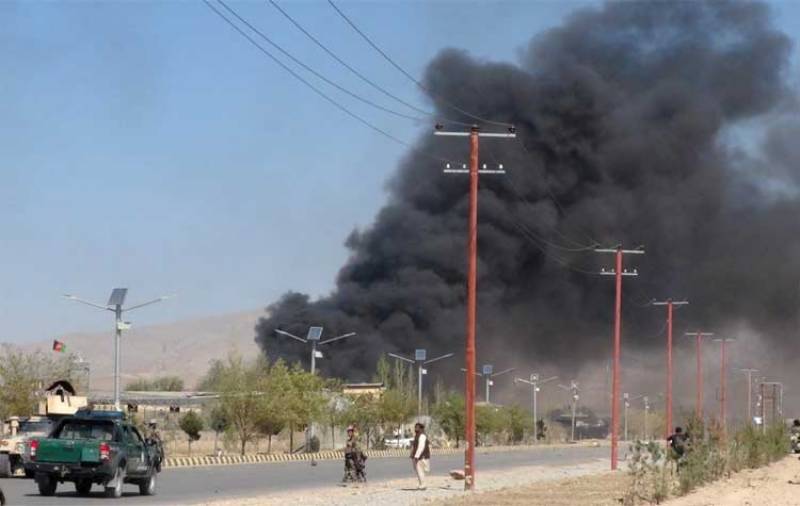 KABUL: In Afghanistan, eight police officers were killed and seven others wounded in a suicide car bombing that targeted a police station in Ghazni province.

Meanwhile, one person was killed and several others wounded after serial bomb blasts rocked capital Kabul on Sunday.

The spokesman of Ministry of Interior Affairs said first blast occurred at 07:50 a.m. local time after a bomb struck a running bus in Police District 5.

The second and third blasts came after police, rescue team, people and reporters arrived at the site.

No group has claimed the incident yet.