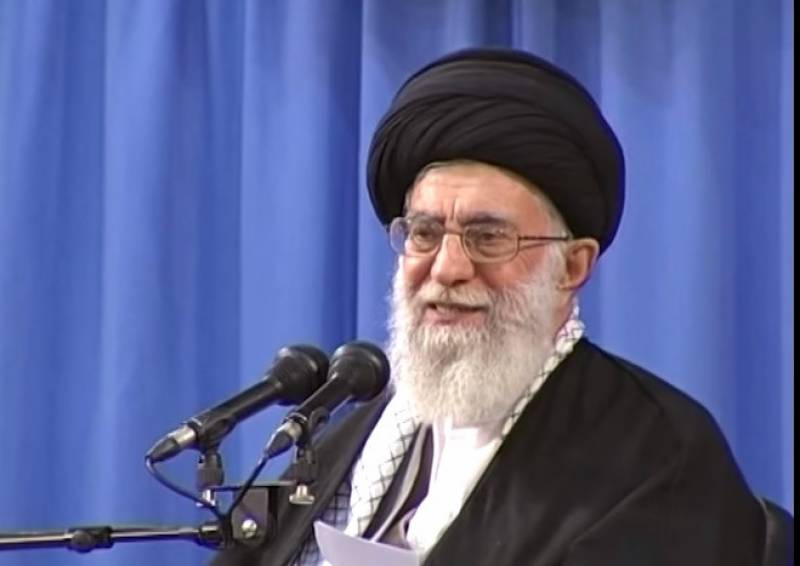 He claimed that US and world powers want to curb Iran’s nuclear programme and its economy.

Khamenei said “America has continued its enemity towards Iran since (the 1979 Islamic) revolution… It is a huge mistake to trust evil Britain and the Great Satan (the United States).”

“Their aims in the region are 180 degree opposed to Iran’s,” he added.

He claimed that US is creating obstacles  in the way of economic progress as some of the US and Western banks denied to do business with Iran.

He urged US to cooperate to remove obstacles in banking sector as economic sanctions were lifted in January after a nuclear agreement between Iran and western countries.