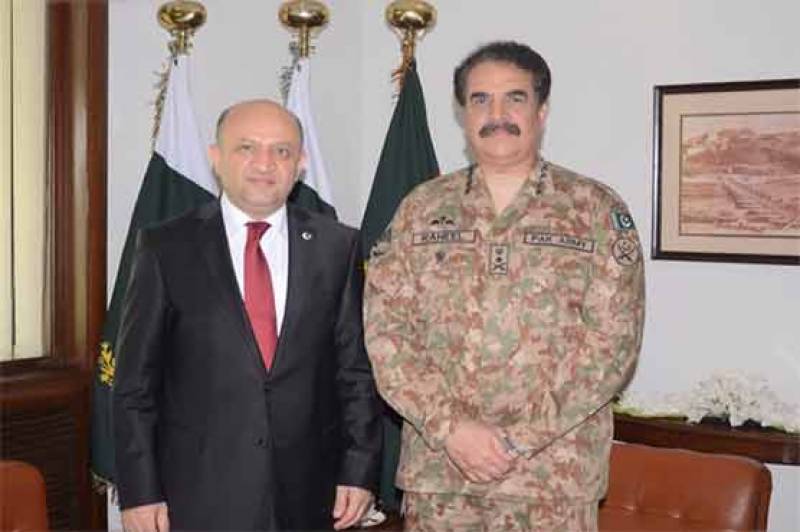 According to ISPR, regional security situation as well as defense ties of both countries also came under discussion during the meeting.

Both dignitaries also exchanged views over the defense collaboration between Pakistan and Turkey and agreed to further enhance the existing defense ties.

Speaking at the occasion, Turkish Defense Minister lauded the achievements of Pak Army in operation Zarb-e-Azab and paid tribute to the martyrs who lost their lives in war against terrorism.

He also appreciated the efforts of Pakistan to promote peace in the region.