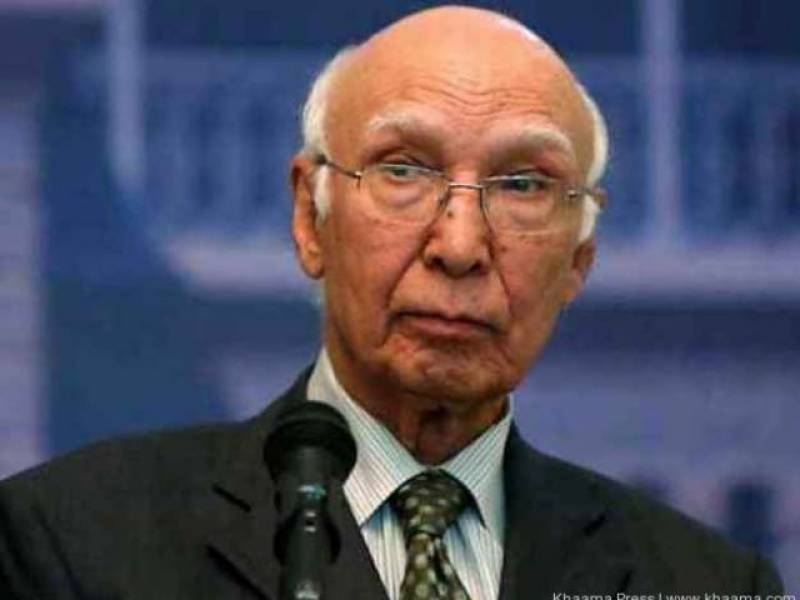 As per details, US envoy David Hale held meeting with Sartaj Aziz to discuss the bilateral ties of both countries here at today in Islamabad. Both dignitaries exchanged views over the issues pertaining between two countries regarding F-16 aircrafts as well as drone strike in Pakistan.

Expressing his concerns over the drone strikes in Pakistan by USA, Sartaj Aziz made it clear that drone attacks violate Pakistan integrity and sovereignty so they must stop.

Afghan peace process was also discussed during the meeting while they agreed to continue efforts to establish peace in the region.

Both countries relations have been worsened due to recent drone attack in Baluchistan which killed Mullah Mansoor Akhtar and over the matter of F-16 jets.