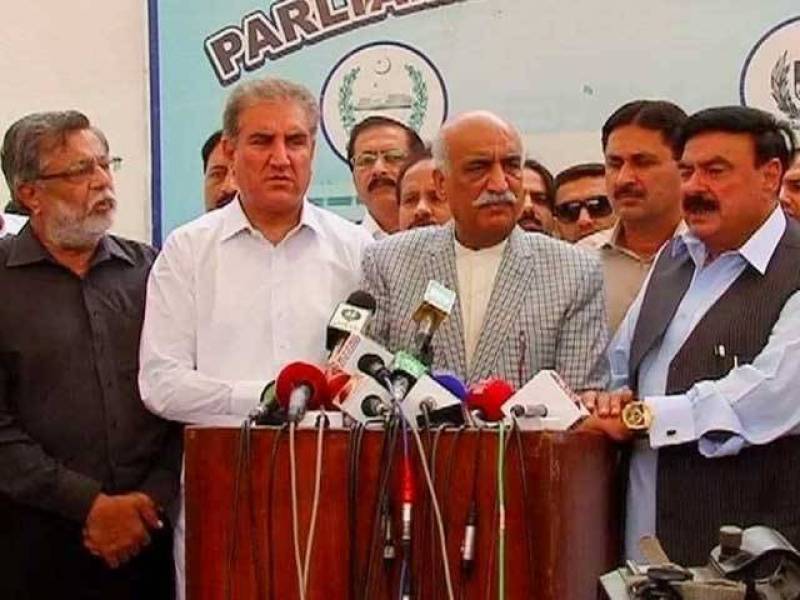 ISLAMABAD: Major opposition parties have rejected next fiscal year budget 2016-17 as opposition leader in National Assembly Khurshid Shah said that there is nothing new for masses in federal budget.

While talking to media outside parliament, Khurshid Shah added that federal anti-people budget has been presented by federal government as just facts and figure of previous budget are changed by government.

Speaking at the occasion, Shah Mahmood Qureshi stated that federal government presented budget based on desires while Asad Omer said that it was 4th budget of government for IMF.

He added that investment remained at lowest level despite announcement of projects while people were awaiting for a welfare base budget.

Reacting over the budget, Sheikh Rashid termed Ishaq Dar as expert of changjng facts and figures.

Commenting on the budget, JI Ameer Siraj ul Haq said that budget comprises of assumptions while government has failed to fulfill constitutional requirements.