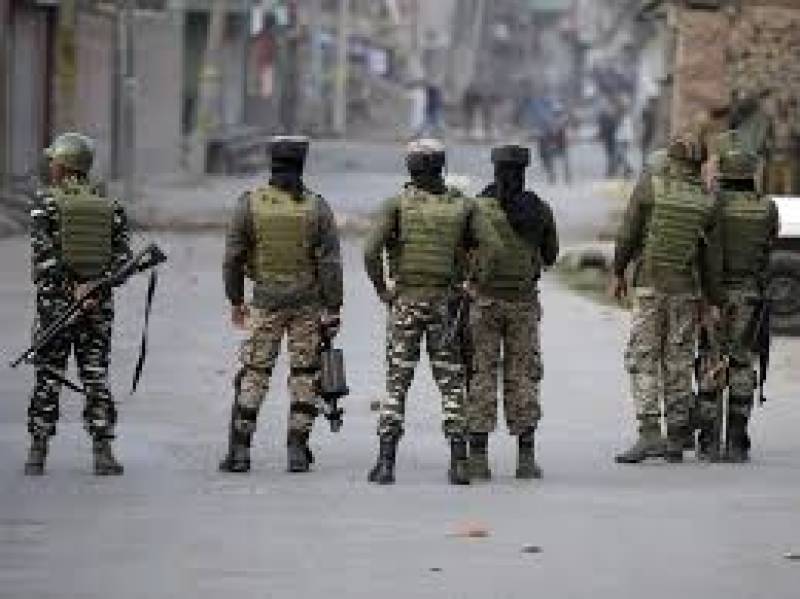 The Webinar titled "Combating violence against women" was convened by the Kashmir Institute of International Relations (KIIR) in collaboration with World Muslim Congress (WMC), Community Human Rights and Advocacy Centre (CHRAC) and International Muslim Women Union (IMWU) was organized at the sidelines of the 44th session of United Nations Human Rights Council.

The KIIR Chairman Altaf Hussain Wani while welcoming the panelists formally opened a debate on the topic, whereas, the rest of the proceedings were moderated by Prof. Shagufta Ashraf.

Highlighting the alarming increase in violence against women in the UN recognized disputed territory of Jammu and Kashmir, the panelists on the occasion, expressed their grave concern over the rising tide of violence and said, “The levels, degrees and types of ongoing relentless violence inflicted on Kashmiri women is unprecedented specially since the abrogation of Articles 370 and 35A on 5 August 2019”.

The panelists condemned the structural, physical, psychological, sexual forms of violence committed against Kashmiri women of all age groups including young and adolescent girls.

Veteran women rights barrister Margaret Owen OBE while elaborating the types of violence inflicted upon the women said, “This should not be looked upon as a cause for celebration but as a matter to be deplored principally because in Kashmir more than anywhere else COVID-19 is killing many men, which means that there are more widows”.

Referring to the dire situation in the IoK she said, “Nothing is sacred and Modi’s government uses violence of any type to demoralize and stigmatize an entire community”. Referring to Kashmir and an international matter, Margaret expressed dismay over Keir Starmer for not being able to understand and see what was going on in Kashmir.

Julie Ward, who recently lost her mother while referring to the plight of Kashmir women, said that she was incredibly fortunate to be able to grieve and go through the precious bereavement process, which she said was forcibly denied to Kashmiri mothers and wives, children and relatives whose near and dear ones were being killed.

Marina Zucca, an expert in International Human Rights Law and International Criminal Law, stated that the Kashmiris were living in a state of siege since the government of India abrogated the Articles 370 and 35A. India, she said was morally and legally bound to fulfill its international obligations. Without mincing words Marina repeated the fact that the government of India was committing genocide by targeting a specific majority group namely Kashmiri Muslims with a view to deleting this group and turning it into a Hindu region.

Kashmiris, she said were being assaulted on all fronts and under the cover of COVID-19 Modi’s regime was forcibly imposing unlawful restrictions against Kashmiris, maintaining an unlawful state of siege and inflicting gender violence in total impunity.

She said that the world community must take all necessary steps to end human rights violations and the use of rape as a weapon of war against Kashmiri women.

Speaking on the occasion Catherine Constantinides emphasized the need for working together to support the right to self-determination of all people to decide of their own free will and achieve their political aspirations.

Dr Saira Shah emphasized the fact that Kashmiris were suffering immensely at the hands of occupying authorities. Regarding sexual violence and its effect on mental health she said that the occupying power’s practice of stripping women naked was described as a systemic policy which negatively affect a woman sense of self and will.

While exposing Indian ugly face Mrs Shamim Shawl said that Indians often kidnap women torture or rape them in front of their husbands or children. Violence in war zones she said goes beyond the massacres perpetrated in so-called civilized countries.

Mrs Shawl said that in Kashmir there was also abuse of categories of women of other religions. Muslims are often the victims of this violence. She said that Modi’s government has crossed all the limits of human decency. Shawl hoped that the day was not far when truth will prevail and the sun of freedom will surely rise on all Kashmiris.

Soraya Boyd said that Kashmiris were enduring multiple forms of lockdown due to illegal Indian military occupation. She stated emphatically that under Modi’s watch India was no longer a constitutional, secular, democratic, egalitarian or pluralistic state. Modi’s government she said promotes and supports ethnic hatred and faith violence against Kashmiris.