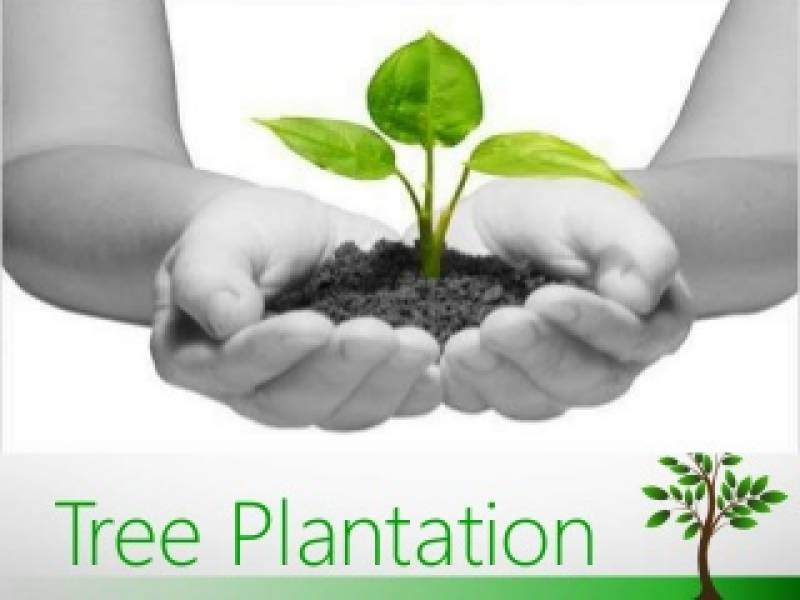 ISLAMABAD, Jul 3 (APP): As many as 26.5 percent more trees against the target were planted across the country during spring

million was set for the spring season during a high-level

inter-ministerial and inter-provincial meeting held in the climate

"But 208 million trees were planted during the three-month

spring season, which is staggeringly 55 million more than trees

The spring season begins from mid of late February and lasts

till end of April, said a press release.

The plantations during these two crucial seasons were vital to boost

erratic and torrential rains, is now being recognized globally and

so by the present Pakistani government," he said.

Pakistan is home to forests over around 800,000 hectares,

"But the country loses forests over some 27,000 hectares every

year. This trend of deforestation has exposed the country to the

negative fallouts of the global warming-induced climate change," he

The present PML(N)-led government is abreast of the country's

exacerbating vulnerability to the climate change impacts and was

taking all-out measures to boost climate-resilience of the country.

Green Pakistan Programme is a clear indicator of the present

socio-economic sectors, lives and livelihoods of the people from the

climate change impacts, which have shown rise in frequency and

"The climate change ministry has boosted its efforts and in

Kashmir and FATA forest departments to make the Green Pakistan

Programme (GPP) a success story in the region, which has been well

applauded by the international, regional and national forest

He added that under the Rs. 10 billion GPP, around 105 million

trees would be planted across the country in next five years, for

which the Prime Minister Nawaz Sharif had already approved two

The spokesperson further said that the programme would be

launched on August 14 this year, for which a grand launching

ceremony would be held in Islamabad.

Highlighting significance of the forests in tackling climate

change, he said that being major source of livelihoods for millions

the forests play different major roles in this regard.

"They have the potential to absorb about one-tenth of global

carbon emissions projected for the first half of this century into

their biomass, soils and products and store them - in principle in

He said that the important services forests provide are often

under-estimated or ignored. "They can act as safety-net for local

for instance, can hold back storm surges or cyclonic flooding and

well as landslides," he argued.

on forests for their primary source of fuel, he highlighted and

supplies - decreasing storm runoff and reducing the pollutants in

The forests are also one of the world's largest carbon sinks,

absorbing 2.4 billion tones of carbon dioxide each year and storing

while quoting a report of the United Nations' Food and Agriculture

Some scientists have warned in the report that deforestation

must be cut by 50 percent by 2020 for the best chance of meeting this target.