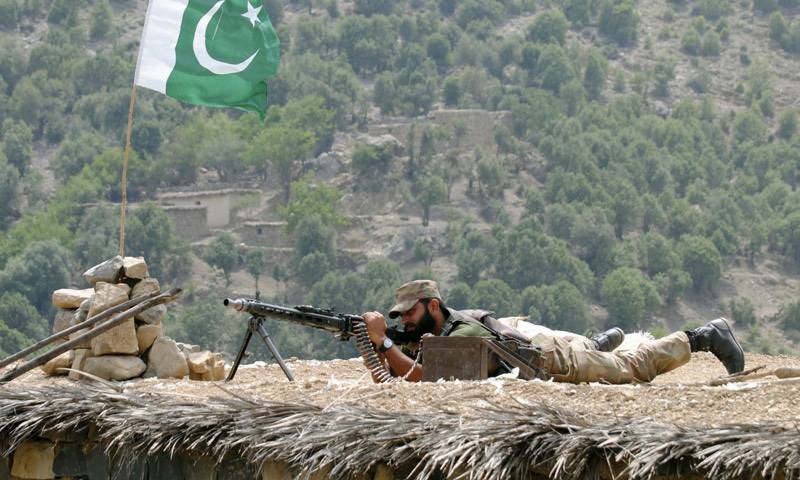 A statement issued by Inter-Services Public Relations (ISPR) said security forces repulsed attempts to attack their camps in the Panjgur and Naushki areas of Balochistan.

Militants tried to enter a security forces' camp from two locations in Panjgur however a timely response by Pakistan Army foiled the terrorist attempt. Terrorists fled while their casualties are being ascertained.

In Naushki, terrorists attempted to barge a camp of Frontier Corps which was promptly responded and four terrorists were killed and one officer has been injured during the gun battle.

Outlawed Baloch Liberation Army (BLA) claimed responsibility for the attacks in a statement.

Wednesday attacks were the latest in a string of acts seen in recent weeks in the southwestern province as earlier terrorists attacked a check post in the Kech district of the province in which 10 soldiers were martyred.

Last Sunday, around 17 people, including two police personnel were injured in a hand grenade explosion in Sohbatpur Chowk near Dera Allahyar in the Jaffarabad district.