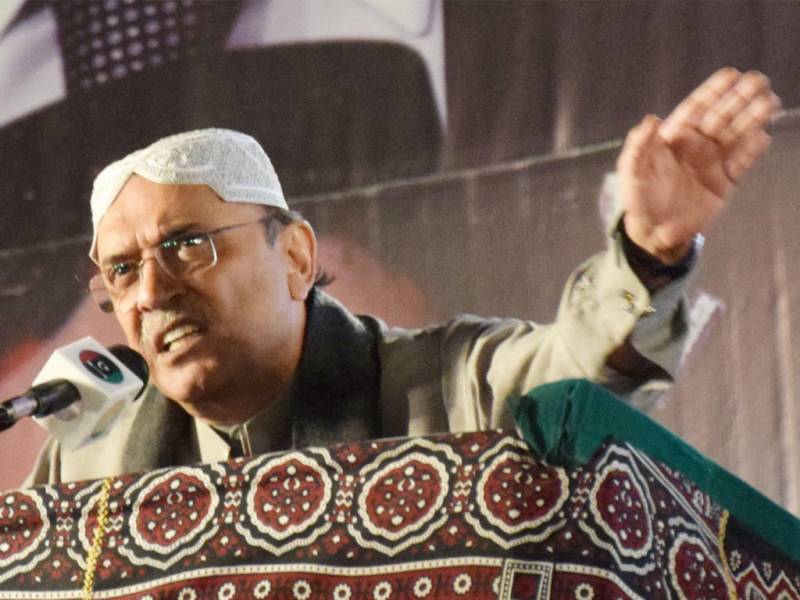 ISLAMABAD: Major Political parties Saturday demand an autonomous commission in light of recommendations made by International bodies to probe Indian atrocities in occupied Kashmir for revealing human rights violations being committed by the so called secular state (India) for over the last six decades.

The demand was carried by a joint declaration announced to condemn the Indian barbarism in Indian held Kashmir (IHK) by the all parties during a Kashmir Conference held here in connection with Kashmir Solidarity Day.

Ruling out the peace in region without resolving Kashmir conundrum, they passionately called upon the government of Pakistan for preparing an effective foreign policy to resolve long-standing issue of the Kashmir in the light of resolutions passed by United Nation Security Council as per Kashmiris’ whims.

Addressing at conference, former President, Asif Ali Zardari said the sacrifices of Kashmiris for their right to self-determination could not be ignored and hoped that soon Kashmir would be a part of Pakistan.

Despite having political differences, all politico-religious parties were on same page when it came to the Kashmir issue, Zardari added.

He said Pakistan People’s Party had always supported Kashmiris’ struggle for their birth right to self determination which was promised by the United Nation Security Council by following the legacy of late Zulfiqar Ali Bhutto and Benzir Bhutto who had raised the voice of Kashmiris at every forum.

President Azad and Jammu Kashmir Sardar Masood Khan said Kashmir issue now had become a tri-lateral issue rather bilateral which involved Pakistan, Kashmir and India adding that the issue should be resolve sagaciously as Pakistan faced numerous challenges due to Kashmir occupation.

Prime Minister Azad and Jammu Kashmir Raja Farooq Haider underlined the need to solve the issue through dialogue and stressed for adopting a wise approach saying “ Our opponent is strong and not trust worthy”.

He alleged that the India was backed by some powerful International players who baited Kashmir to destroy the regional peace.

Opposition Leader in Senate Raja Zafar ul Haq urged the International media to play its role as the issue had already been raised at every forum and called for concerted efforts to strengthen Kashmiris stance.

Pointing out the Indian aggression on innocent Kashmiris, Zafar ul Haq said it was contrary to the norms of modern World where infringement of basic rights had been rejected entirely.

Federal Minister for Information Technology Khalid Maqbool Siddiqui said the Indian forces’ cruelties in Kashmir had exposed the Modi’s claim of India as a secular state adding that the freedom movement in Kashmir had gained momentum after Burhan Wani’s Martyrdom.