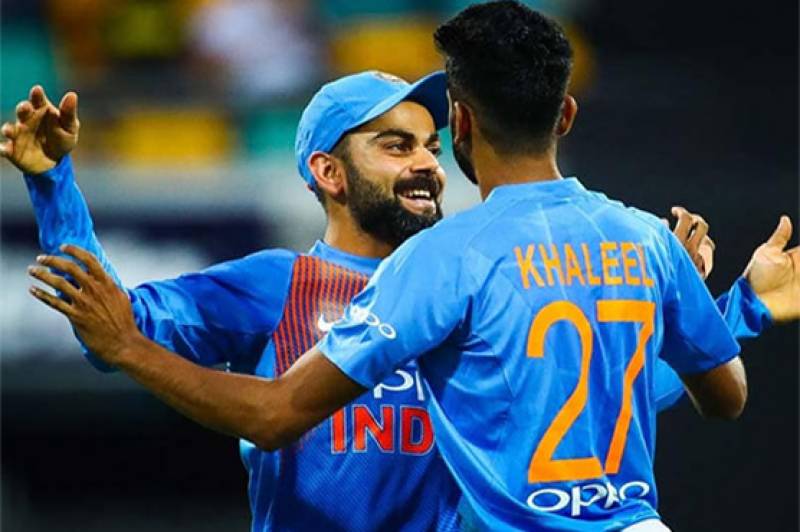 LAUDERHILL - India snatched a narrow win against West Indies by four wickets chasing 95 runs in the first fixture of their three-match T20 International series at the Central Broward Regional Park Stadium in Florida on Saturday.

Navdeep Saini starred on his senior international debut with three important wickets as India limited the West Indies to 95 for nine.

Having already enjoyed success with the Indian "A" team currently on tour of the Caribbean, Saini made an immediate impact wearing his country’s colours at the highest level in claiming three for 17 off his four overs, including top-scorer Kieron Pollard who fell in the final over of the innings for 49.

He achieved the rarity of a maiden in the final over but it was his earlier double-strike which gave the 26-year-old fast bowler the sort of dream start he would have wished for after captain Virat Kohli chose to bowl first after winning the toss.

Opening bowlers Washington Sundar and Bhuvneshwar Kumar had already set the West Indies on the back foot by removing openers John Campbell and Evin Lewis and Saini added to the Caribbean side’s woes by dismissing attacking left-handers Nicholas Pooran and Shimron Hetmyer off successive deliveries.

Pooran’s score of 20 was the only other double-figure innings apart from Pollard in what was a generally indisciplined effort from the West Indies.

West Indies, who are preparing for the defence of the World T20 title in Australia in 14 months’ time, welcomed back Pollard and spinner Sunil Narine in their line-up.

However injury-prone all-rounder Andre Russell was a late withdrawal from the squad and has been replaced by Jason Mohammed, who did not make the final 11 for the first of the back-to-back matches this weekend.

India’s inclusion of Saini is with an eye as well on the tournament next year.

Saini’s opportunity comes in the absence of Jasprit Bumrah, who will only feature in the Test leg of this tour while the absence of Hardik Pandya, who is rested from the entire campaign, gave Sundar a chance to impress in this opening match. - APP/AFP