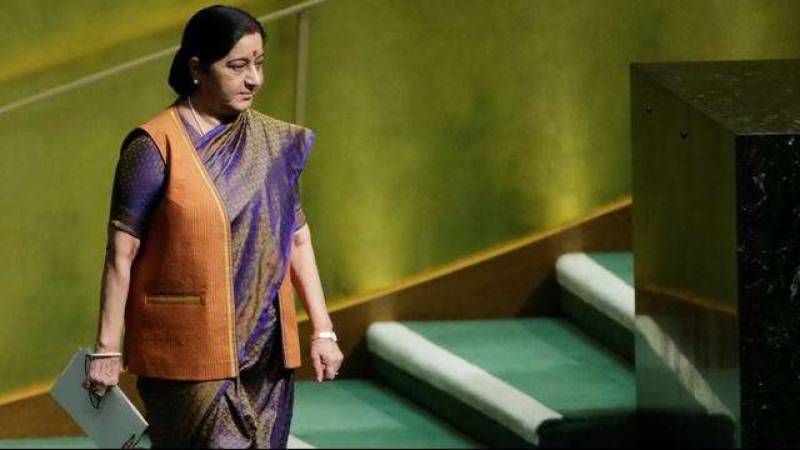 On August 17, the External Affairs Minister had met Pakistan’s Law and Information Minister Syed Ali Zafar who was in Delhi to represent Atal Behari Vajpayee's funeral.

All eyes are on how New Delhi and Islamabad deal with diplomatic relations post link Khan era.

India and Pakistan have not yet finalised any bilateral ministerial meeting on the sidelines of the forthcoming sessions of the United Nations General Assembly's (UNGA) scheduled next month.

While External Affairs Minister (EAM) Sushma Swaraj will be in New York, coinciding with the visit of her Pakistani counterpart Mehmood Qureshi, there are no plans of their meeting till now, sources here said.

"A bilateral meeting in not on the table" they said, denying reports of a possible Swaraj- Qureshi meeting in New York. The 73rd United Nations General Assembly opens on September 18 in New York.

In a letter to New Prime Minister Imran Khan, Prime Minister Narendra Modi had expressed India’s resolve to build good neighbourly relations between the two countries. In July, Modi had telephoned Khan and congratulated him on his party’s victory in the general elections and expressed hope that both countries will work to open a new chapter in bilateral ties.