Sharjeel Memon gets the clean chit by Sindh Police
2 Sep, 2018 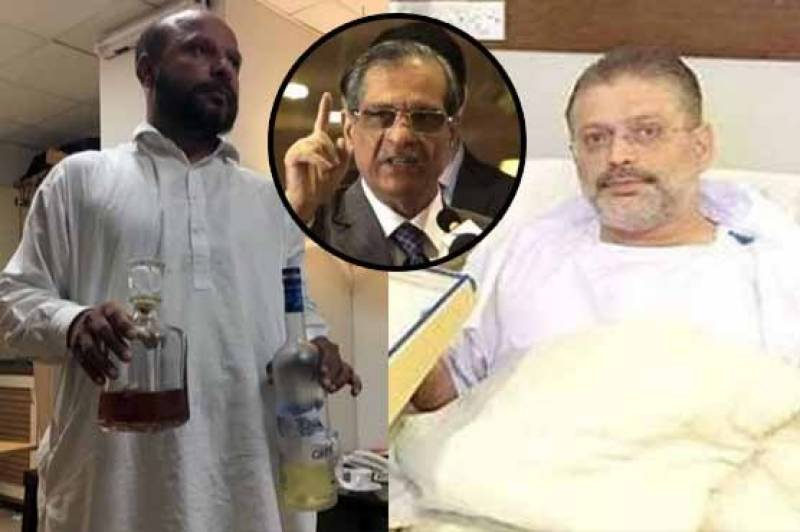 He was allegedly involved in a case regarding the discovery of alcohol bottles in his hospital room a day earlier.

Memon and police officers on duty at the hospital have also been declared as innocent, according to the First Information Report (FIR).

On the other hand, charges have instead been brought against one of the two men arrested from the former minister’s room.

Furthermore, the case has been registered under the name of the officer on duty at the time of the incident, Assistant Superintendent (AS) Mujahid Khan.

A day earlier, the imprisoned PPP Member of Provincial Assembly (MPA) Memon, who was at Karachi’s Ziauddin Hospital on the pretext of illness, had been found in possession of “liquor bottles and drugs” after Chief Justice of Pakistan (CJP) Mian Saqib Nisar paid a surprise visit to the hospital he was being treated in.

“When Sharjeel Memon was asked about the liquor, he said they were not his,” Justice Nisar had said, relating his surprise early-morning visit before hearing cases at the Supreme Court’s (SC) Karachi registry.