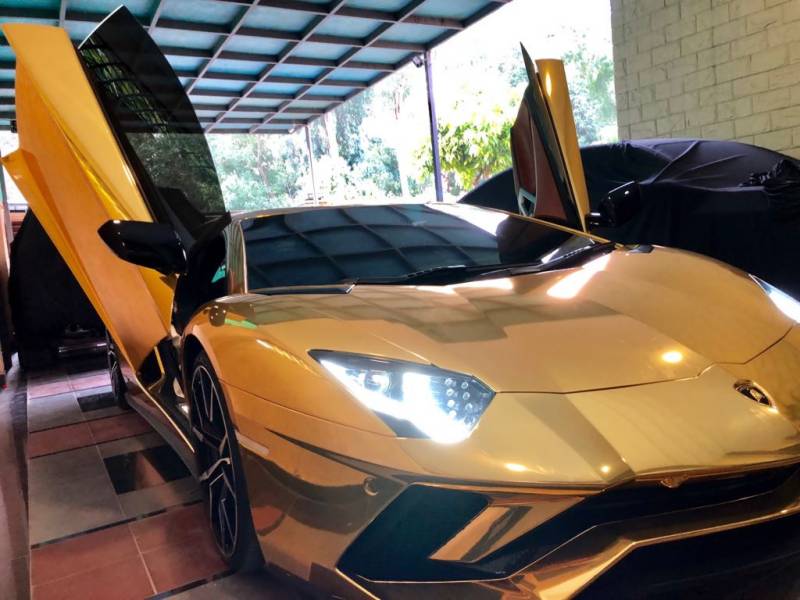 ISLAMABAD - Islamabad property tycoon Kunwar Moiz Khan has imported the Rs185 million car from UK after paying taxes and duties of over Rs100 million to the government.

“More than hundred million rupees has been paid to the government as duty/ taxes on this car. It has been imported via the UAE from the UK and reached Pakistan some three days back,” the owner said.

Customs officials have also confirmed the payment of taxes. They said 100 per cent customs duty, 60 per cent regulatory duty and two per cent further taxes were charged on importing the new car.

It is pertinent to mention here that Moiz, the owner of multi-billion private housing society Top City, had been arrested by the Rangers along with a dozen employees including his father-in-law Abdul Razzaq for having alleged links with MQM London and sheltering the proclaimed offenders involved in Karachi unrest.

The Rangers had also claimed to have recovered huge cache of arms and ammunition apparently of NATO forces from the private housing society.

Later on, the Rangers got registered a terrorism case against Moiz and his other companions with CTD Rawalpindi and handed him over to investigators.