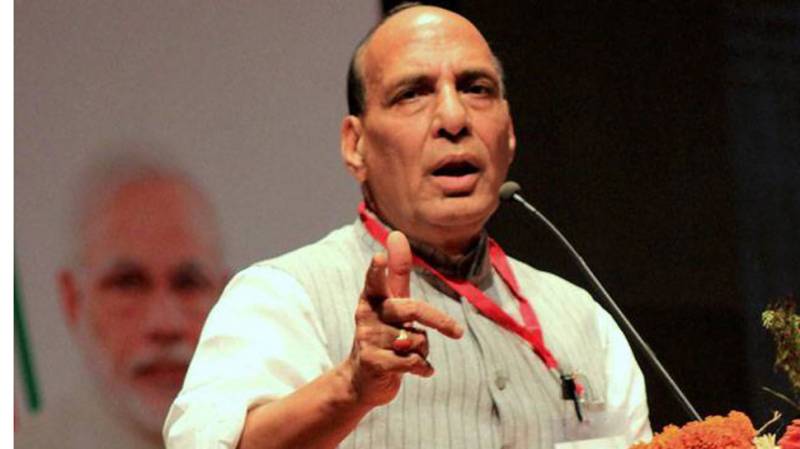 NEW DELHI - Indian Union minister for Home Rajnath Singh has said about Khalistan issue that it will not allowed to be revived. He said only few thousand took part in the recent protest.

Singh was referring to a recent protest in support of a referendum for an independent Punjab.

"The hand of Pakistan's ISI has also come out in the open in this," he said.

Talking about the unrest among the SCs/STs which led to some violent incidents in the country in the recent past, Singh said they were being checked.

Downplaying the dissent in the NDA alliance, Singh said such a thing happens in every family.

"Even when 10 birds come together they do it, but my confidence is that the Shiv Sena will remain with us," he stressed.

Replying to a question on mob lynching, he said it was unfortunate and should not happen.

"But the biggest mob lynching took place in 1984," he said in an apparent reference to the anti-Sikh riots.

Singh said the government has taken the lynching incidents very seriously and a committee has been set up under the home secretary.

He said the committee has submitted a report only a day before yesterday on the measures required to check it.

"The law will also be amended if required," the minister said.

To a question on checks being imposed on social media, he said fake news, pornography and other things which are harmful for society will have to be checked and this is the responsibility of the government.