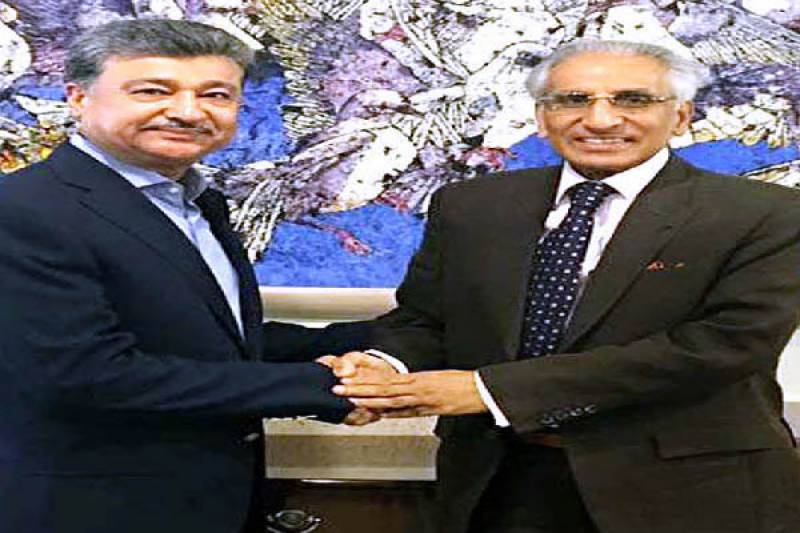 During the meeting, Sheikh Anser Aziz apprised the Special Assistant to the PM on Foreign Affairs about the details of his recent visit to China, said a press release issued here.

Sheikh Anser Aziz apprised that 2nd Mayor Conference organized in Macau, an administrative region of China, was attended by the mayors of twelve different cities and on the invitation of Chinese Government, Mayor of Islamabad represented the Federal Capital and Metropolitan Corporation Islamabad (MCI).

He informed that conference was focused on the role of different cities in Chinese Government's "One Belt, One Road" initiative and in this context, fruitful discussion about exchange of trade between the cities, economic development and promotion of tourism industry of the participating cities were held.

He informed that key role of Islamabad in China Pakistan Economic Corridor (CPEC) was discussed at length.

He apprised that participants of the conference were informed about the initiatives of MCI for promoting culture, sports and tourism and opportunities for the foreign investors for making their investments in the Capital city.

Mayor of Islamabad, Sheikh Anser Aziz apprised the Special Assistant to the Prime Minister that during his visit, a Memorandum of Understanding (MoU), regarding sister city status of Haikou, Capital of Chinese Province Hainan, was also signed.

He apprised that under the MoU, both cities will collaborate for promoting culture, sports, health, environment and commerce.

Special Assistant to the Prime Minister on Foreign Affairs Tariq Fatemi said that Pakistan and China enjoy time-tested, all-weather friendship and cordial relations among their cities will further elevate this relationship.