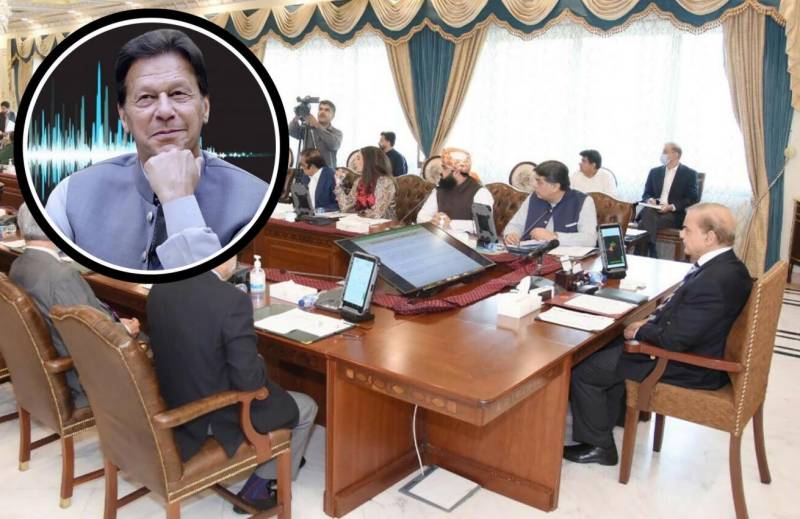 ISLAMABAD – The federal cabinet has okayed starting a high-level inquiry, days after an audio leak allegedly of ousted Pakistani premier Imran Khan and his key aides surfaced in which the former ruling party leaders were discussing the diplomatic cipher.

Reports in local media said legal action will be taken against Pakistan Tehreek-e-Insaf as top civil leaders termed the issue as a matter of national security, which needs legal action.

Federal Investigators will start the probe by forming a team of top officers, while officials from intelligence agencies will likely be included in the investigation team.

A handout issued after the cabinet meeting said the cabinet committee will consist of the representatives of the coalition parties in the government, along with ministers.

The deposed Pakistani premier and PML-N chief has called on party leaders to adopt an aggressive approach to the cipher issue, giving them tasks to apprise the masses about 'conspiracy against the state'.

The self-exiled politician, who is living in Britain, said an attempt was made to isolate Pakistan on the diplomatic front.

PTI chief revealed he discussed everything in diplomatic cipher, saying he wanted to keep the matter secret at that time because of OIC moot.

In his latest interview, he said the contents of the cipher were made public after being presented before the National Security Committee, which approved sending a demarche over the matter.

He mentioned that the former government do not want to hamper relations with Washington, saying we only wanted to send a message that such acts will not be tolerated.