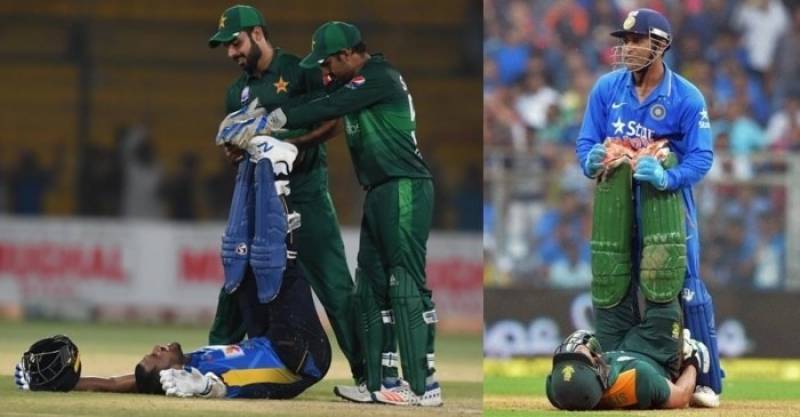 After opting to bat first, Pakistan scored 305/7 in 50 overs, setting a target of 306 runs for the visitors. In reply, Sri Lanka’s Shehan Jayasuriya scored 96 and Dasun Shanaka scored 68 to stay in the hunt after Pakistan reduced them to a mere 28/5 within the first 11 overs.

Breaking the 177-run sixth-wicket stand in the 41st over, Shinwari outfoxed Jayasuriya making him caught behind. Following Jayasuriya, Shanaka was removed by Shadab Khan in the next over with Fakhar Zaman taking a brilliant catch at deep midwicket.

The Islanders were eventually bundled out for 238 in 46.5 overs with Shinwari returning figures of 5/51 in his 10 overs.

The match, despite its usual competitiveness, was played out in good spirit. One example of that was evident when Shehan Jayasuriya went down due to multiple cramps in his hamstring. The Pakistani players including skipper Sarfaraz Ahmed helped him to stretch out before the Lankan physiotherapist took over, The Cricket Times has reported.