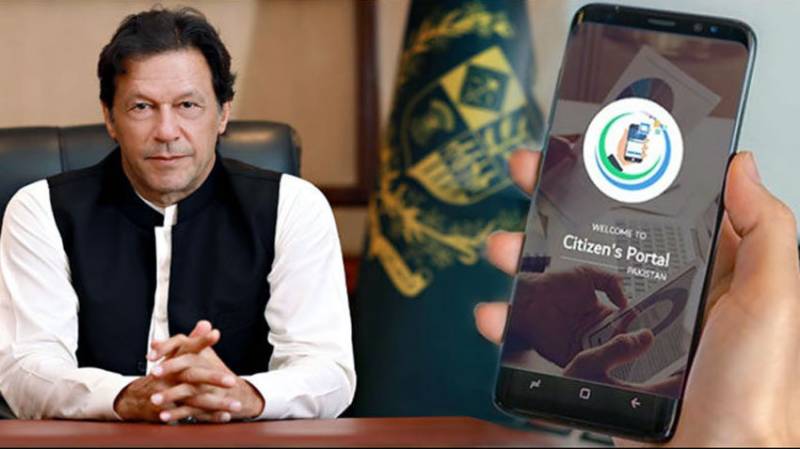 ISLAMABAD - Prime Minister Imran Khan says the aim of Pakistan Citizen Portal is to reach out to the people and to connect them directly with the government which has the responsibility to serve them.

He made the observation during cabinet meeting in Islamabad yesterday (Tuesday).

The Prime Minister and the Cabinet members appreciated the performance of Pakistan Citizen Portal and directed that greater awareness should be created about the Portal so that the Government could serve the people better and improve governance structure in the country.

The cabinet was informed that Federal Government is leading the provincial governments in redressal of citizen complaints received at Prime Minister's Pakistan Citizen Portal.

The entire system was locally developed at zero cost. The portal is linked to all provincial governments with one-click access to over 7000 government offices.

The Cabinet was informed that the Portal was short-listed in 4646 mobile applications of 87 countries and the platform got global recognition as 2nd best service delivery application during World Government Summit held in Dubai in February this year.

A report presented to the Cabinet states that the Federal Government resolved 509,153 complaints out of 553,125 achieving resolution rate of 92%.

The Sindh government, however, lagged behind all other governments with merely 40% redressal rate and could only resolve 38,268 complaints out of 95894 received at Pakistan Citizen Portal.

Out of 37029 complaints which were pending since more than 90 days, 84% complaints pertain to Sindh government.

On the basis of the nature and feedback received from the citizens, various policy initiatives were taken to facilitate the people of the country. These policy initiatives include, among others, enforcement of SOPs for facilitation of persons with missing finger prints, exemption of overseas Pakistanis from withholding tax, payment of outstanding stipends to over 29000 interns who were hired by the previous government but were not paid, and facilitation of females and persons with disabilities.

Strict action was taken and senior level officers were taken to task for dereliction of duty upon complaints. A DG of CDA was suspended on a complaint filed by a citizen. In Punjab high ranking police officers were either suspended or made OSDs. Chief Secretary Punjab show-caused 2 Deputy Commissioners, warning letters were issued to 03 Deputy Commissioners, 03 Assistant Commissioners were suspended, 20 ACs were issued displeasure letters and explanations were sought from other senior officers of various departments.

Various success stories include provision of assistance to the citizens in cases of non-cooperation from government officials and offices, action against high-handedness of police officials, recovery of abductees, blackmailing, taking action against police officials who had colluded with culprits involved in rape of a girl, and bringing back of a Pakistani citizen who was stuck in Saudi Arabia due to bankruptcy of the company.

Efforts were also afoot to institutionalize the system and create greater awareness among public about the facility. Efforts were also being made to stop misuse, blackmailing and mala fide through implementation of Citizen's Responsibility Index.