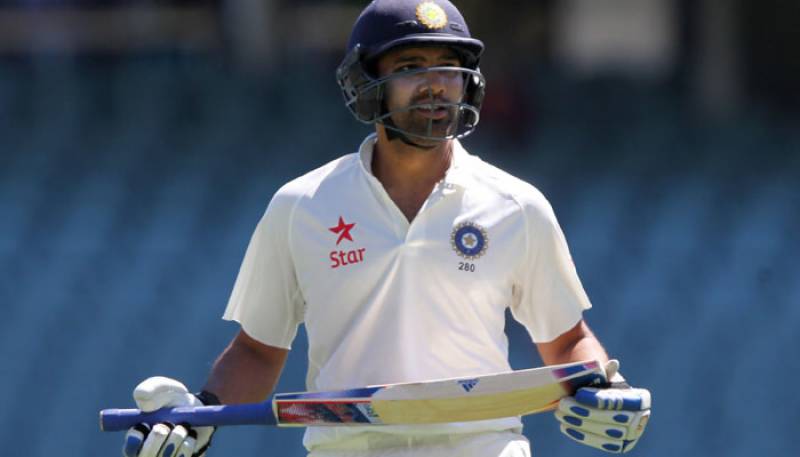 Indian batsman Rohit Sharma became the first player from the country to score a century in all three formats of the game as an opener.

Rohit smashed an unbeaten knock during the first Test of the three-match series against South Africa at the ACA-VDCA Stadium in Visakhapatnam.

Sharma,who fell for a duck during the practice game for Board President’s XI against South Africa, had a dream debut in his first Test as the opener on the day one of the opening match against the Faf du Plessis-led side.