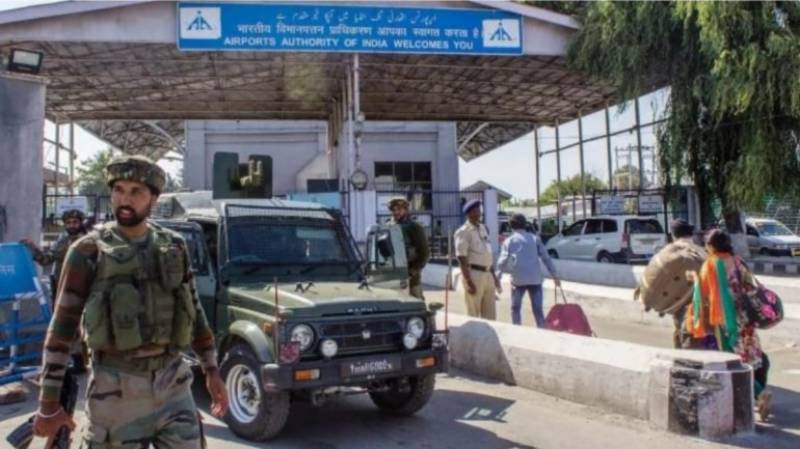 ISLAMABAD - High Alert has been issued for Indian Air Force Bases in Occupied Kashmir and along Pakistani borders.

Indian Air Force bases in and around Jammu and Kashmir and Punjab have been put on alert after inputs warned of a possible Jaish-e-Mohammed suicide attack on Indian troops. The security has been heightened at air force bases in Amritsar and Pathankot in Punjab and Srinagar in Jammu and Kashmir, India Today has reported.

According to top sources, intelligence agencies have issued warning against a module of eight to 10 terrorists who may try to carry out a suicide attack against air bases in and around areas of Jammu and Kashmir.

An orange alert has also been sounded for Srinagar, Avantipur, Jammu, Pathankot and Hindan airbases bases after the monitoring of the terrorists' movements by the intelligence agencies.

The orange alert is the second-highest level of alert second only to Red alert which, if issued, would entail closing of schools and restriction on movements in airbases.