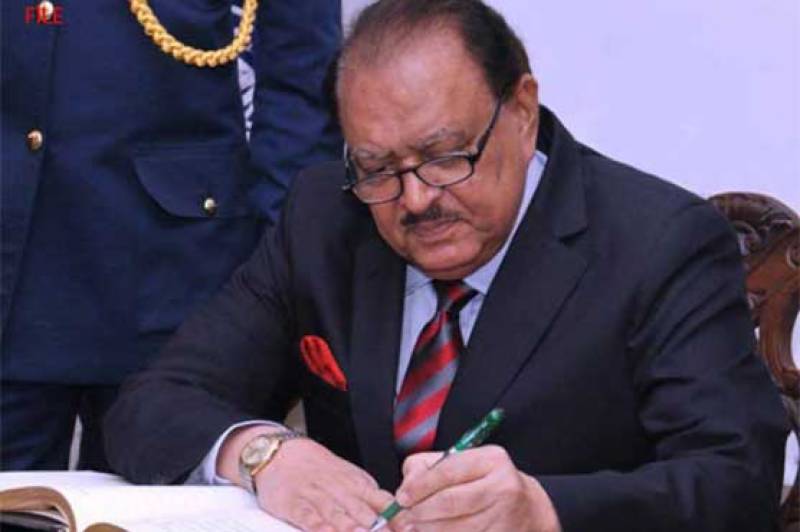 ISLAMABAD –Federal Government has adopted Electoral Reforms Bill 2017 on Monday (October 2nd) after its approval in the Senate, National Assembly and by the President, paving way for disqualified public office holders to lead political fronts.

A session of the National Assembly approved the bill today before it was signed by President Mamnoon Hussain in the night to make it a law.

The law was enacted by the night of October 2nd.

During the National Assembly session today, law minister Zahid Hamid tabled the bill triggering a furore from the opposition benches who branded it a contradiction of Article 62 and Article 63 of the Constitution of Pakistan.

Shah Mehmood Qureshi said that the clause that was proposed to be added in the bill contradicted with the Article 62 and Article 63 of the Constitution of Pakistan.

PTI vice chairman demanded exclusion of Section 203 in the draft however, none of the recommendations of the opposition parties were entertained.