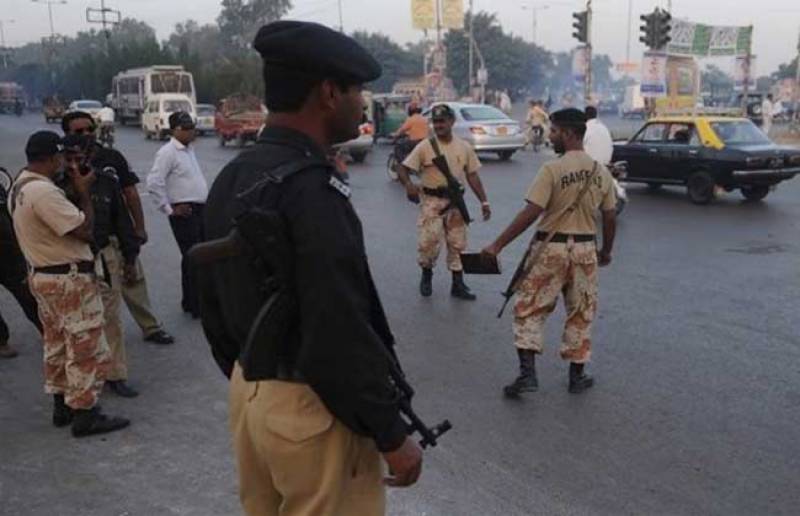 HYDERABAD: (APP) The police and Rangers personnel Saturday carried out joint searches at various areas of Hyderabad and Jamshoro on as part of the security arrangements for Muharram-ul-Haram.

The Hyderabad police spokesman informed that search operations were conducted in seminaries, mosques and guest houses.

He told that the seminaries and mosques in Latifabad Unit 7 and 8, Amani Shah Colony and Hatri areas were searched while the records of the teachers, staff and students were also checked.

Meanwhile, in Jamshoro the seminaries and guest houses in Bihar Colony,

The police spokesman informed that 5 persons were detained from different places because they failed to produce their identification record.

However, he added, they all were released after a few hours when their National Identity Cards were given to the police.

According to the spokesman, SSP Jamshoro Capt (R) Tariq Wilayat directed the police to carry out round the clock searches at the places where any terrorism suspect could take shelter.