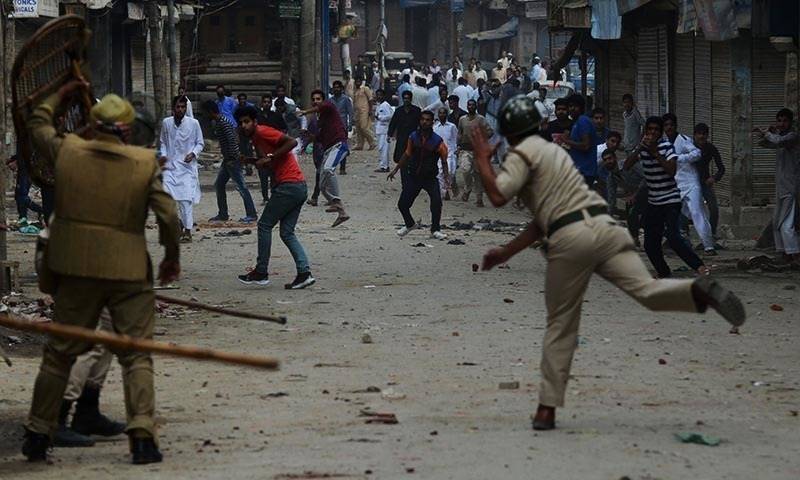 Kashmir is the unfinished agenda of the 1947 partition. The Kashmir dispute is old enough that almost everybody is aware of it. Indian army molests innocent Kashmiris consistently. It seems that they are unaware of basic human rights in the case of Kashmir and to hide their atrocities, they have banned the entry of international human rights organizations in Kashmir. Imposing a curfew is just a routine matter for the Indian army. But the freedom movement became aggressive almost three months back when Indian army started violent operation against innocent and unarmed Kashmiris especially targeted youth.

Youth leader Burhan Muzaffar Wani was martyred by Indian army. This has created a never ending unrest in Kashmir. When people stood against the brutal martyrdom of Wani, the freedom moment gained pace and it was difficult for Indian army to control the angry freedom fighters. This was the time when Indian forces decided to go beyond all limits to suppress freedom moment. They imposed curfew in the Indian occupied Kashmir until now, brutally killing Kashmiris, using pallet guns to disperse the protesters and in the result of this, hundreds of children and young people have lost their sight. No one is allowed to perform religious duties; not even the Eid prayers.

Meanwhile the 71st Regular Session of the UN General Assembly (UNGA 71) began at UN Headquarters on Tuesday, 13 September 2016 and ended on 27th September 2016. India knew that they will have to face serious pressure regarding Kashmir issue by Pakistan and UN, so they tried to distract world’s attention by false flag attempt at URI military base in Jammu Kashmir and imposed the responsibility on Pakistan and freedom fighters of IOK without any proof and investigation. India staged a proper drama but in vain. SAARC conference was the platform to talk but India refused to attend.

As Pakistan has clear stance that kashmiris should get the human rights. The right of deciding their fate by referendum and let them decide either they want to stay as an independent state or collate with Pakistan. This is extremely unacceptable to India so they started threatening Pakistan by different means. They also intimidating to start a war with Pakistan and already started violations at line of control. Few days ago they staged another drama of surgical strike on Pakistan and their defense minister acknowledged it. During these LOC violations two of our Pakistani soldiers have embraced martyrdom.

Pakistan has never started war in history and not in the favor of war because Pakistan is the peace loving country. But on the other hand every Pakistan is extremely patriotic nobody will compromise on the dignity of Pakistan and will always be there to sacrifice for the motherland. Our Army Chief and defense minister told India clearly that “Pakistan is a strong nuclear state; any adventurism by India will prove its own undoing and the armed forces of Pakistan are fully equipped and prepared to respond to the entire spectrum of direct and indirect threats”.

I myself think that war isn’t the solution of all matters, it will destroy the peace at both sides but it’s not the duty of Pakistan only to strive for peace. I pray for the safety of Pakistan from all threats.