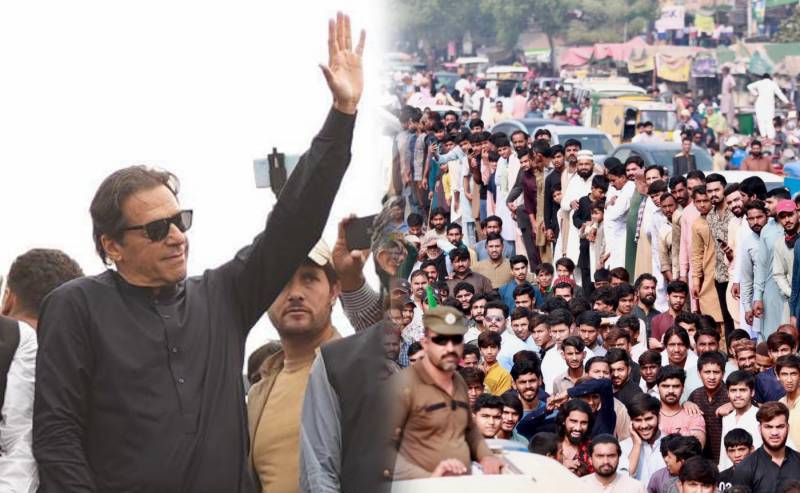 GUJRANWALA – Former ruling Pakistan Tehreek-e-Insaf will resume its long march today on Wednesday, with a new plan to reach the capital on November 11.

Senior PTI leader and former minister Asad Umar announced that the Haqeeqi Azadi March will reach Islamabad on November 11 as per the revised schedule. Initially, marchers were supposed to reach the capital early.

Meanwhile, groups from the other parts of the country will reach the capital on Friday, November 11.

As of now, the marchers are in Gujranwala and will continue their journey from Pindi bypass Gujranwala at 11:30 am today.

PTI chief challenges Nawaz Sharif to battle in his constituency

Ousted Pakistani premier Imran Khan challenged PML-N chief Nawaz Sharif to an election face-off, vowing to defeat the latter in his own constituency.

Addressing charged PTI workers, the former PM said we have to change the system. Khan also warned the interior minister of grave consequences for any action.