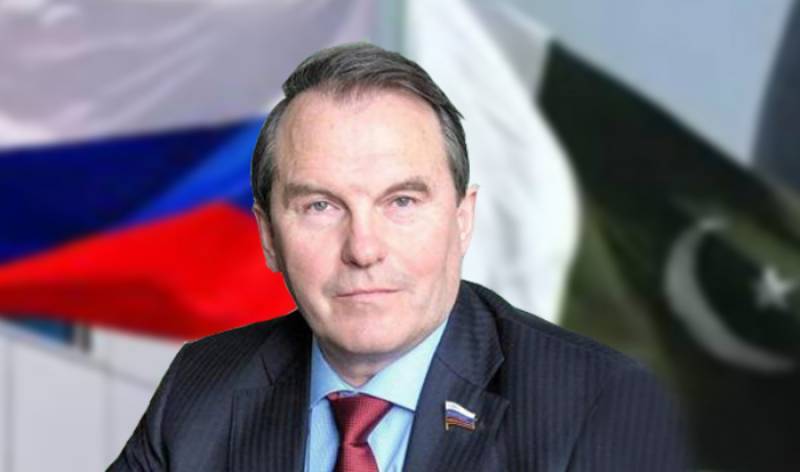 ISLAMABAD – Pakistan has sought an explanation from Moscow on a contentious statement by one of their lawmakers who claim that Islamabad is helping Ukraine to develop nuclear weapons.

The controversy erupted as Russian senator Igor Morozov claimed that the Ukrainian delegation traveled to Pakistan to discuss technologies for creating nuclear weapons.

In response to the unfounded statement, Foreign Office expressed shock and termed the remarks as ‘baseless,’ calling upon Kremlin to clarify it.

Foreign Office spokesperson Asim Iftikhar Ahmad said such statements are without any rationale and inconsistent with the spirit of Pakistan-Russia relations.

Russian senator makes shocking claims as Moscow fastened its rhetoric regarding Ukraine’s alleged preparations to use a radioactive bomb.

Earlier this year, Russian forces started an invasion of Ukraine in what is said as the biggest attack in recent conflict.

Amid the conflict, Islamabad maintained a balance and even offered to mediate between the two sides and repeatedly called for de-escalation.

Pakistani government further emphasised resolving the dispute through dialogue and diplomacy while it abstained during voting in the UNGA on a resolution calling on Russia to end the war.