Malaysia strategic shift towards China in a set back to US
2 Nov, 2016 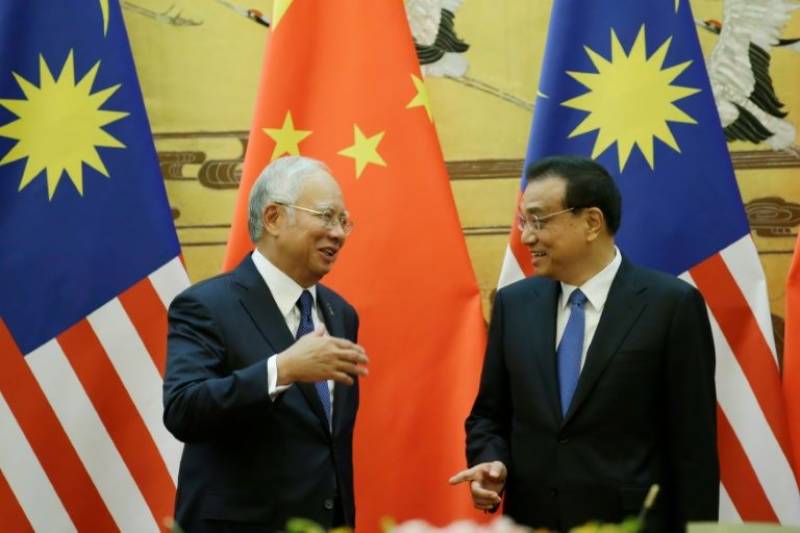 The agreement marked the first time Kuala Lumpur had purchased warships from Beijing and came only two weeks after Philippines' President Rodrigo Duterte announced his "separation" from Washington during a visit to China.

Under the terms of the deal, two of the vessels will be built in Malaysia and two in China, Najib said in an op-ed published in the China Daily newspaper on Wednesday during his week-long trip to Beijing.

"I call this a landmark decision because before this we have not bought such vessels from China," Najib said after talks with Chinese Premier Li Keqiang on Tuesday, according to Malaysian newspaper The Star.

Malaysia has historically acquired the bulk of its major defence hardware from the United States, Russia and European countries.

Analysts said the accord was a setback for Washington's "pivot" towards Asia and underlined China's increasing diplomatic and economic gravitational pull in the region -- despite its ongoing territorial disputes.

"This is the new regional norm. Now China is implementing the power and the US is in retreat," said Southeast Asia politics analyst Bridget Welsh.

Najib called for Malaysia and China's disagreement over rights to the strategically vital South China Sea, which is claimed almost in its entirety by Beijing, to be resolved "calmly and rationally through dialogue".

But he has increasingly leaned towards China as it became Malaysia's biggest trading partner and after the eruption last year of a massive corruption scandal implicating Najib and a state investment fund he founded.

Billions are alleged to have been syphoned from the fund, 1MDB, in a stunning international campaign of embezzlement and money-laundering that has sparked investigations in several countries.

Najib's ties with Washington became strained when the US Justice Department moved in July to seize more than $1 billion in assets it says were purchased by Najib relatives and associates using stolen 1MDB money.

In Beijing this week, Najib signed 14 memorandums of understanding worth 144 billion ringgit ($34.4 billion), including an agreement for China to build a rail line on Malaysia's east coast, Malaysian media reported.