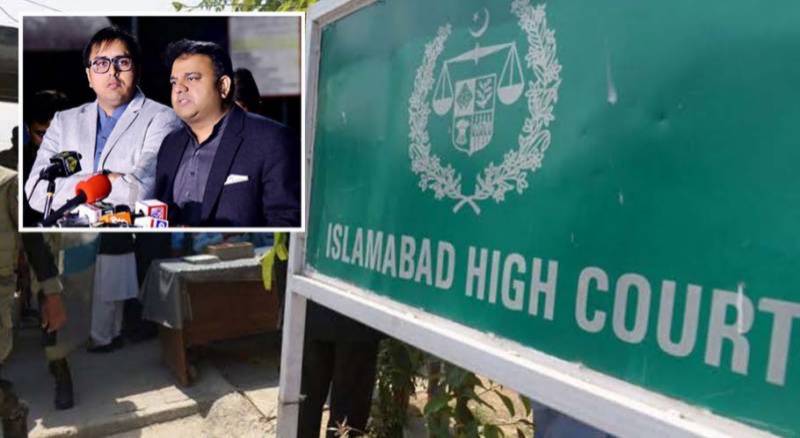 ISLAMABAD – The Islamabad High Court has ordered the authorities not to harass former ruling PTI leaders in connection with blasphemy cases following a sloganeering incident at Masjid-e-Nabwi -- one of the holiest places for Muslims.

Reports say IHC Chief Justice Athar Minallah on Monday ordered the interior secretary to make sure that the Pakistan Tehreek-e-Insaf leaders were not harassed while it also barred the government officials from taking action till the next hearing of the case.

The judge asked whether former information Fawad Chaudhry was still a member of the National Assembly on which the counsel said he resigned as an MNA but he has not yet to be de-notified.

Police have been directed not to arrest a lawmaker without asking the Speaker of National Assembly.

PTI leaders have maintained that multiple FIRs could not be registered regarding a single incident, further pointing out that the incident occurred in Saudi Arabia while cases were lodged in Pakistan.

Moreover, Justice Minallah also restricted the officials from apprehending former aide of ousted PM Shahbaz Gill on his return from the US. The former aide of Imran Khan is currently in the States and is likely to return on May 4.

Gill’s counsel told the court that Sharif-led government lodged cases to ‘settle political scores’, saying his client was falsely implicated in the case.

The development comes as Pakistan Tehreek-e-Insaf filed a petition seeking the intervention of the court to end harassment by the central government a day after former premier Imran Khan, along with 150 others, were booked under the blasphemy law.

They were booked after allegedly being linked to the sloganeering incident. In viral clips, people spotted chanting 'traitors' and 'thieves' as PM Shehbaz Sharif’s team members visited the holy mosque in Madina.