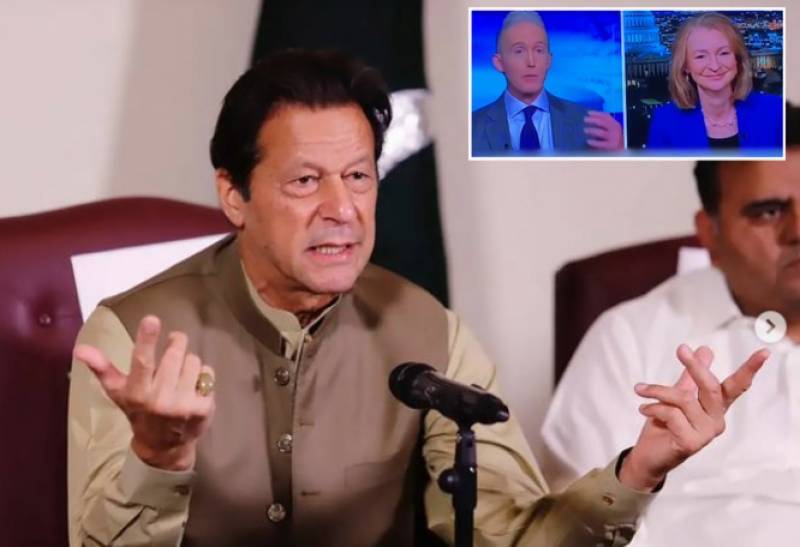 ISLAMABAD – Former Pakistani Prime Minister Imran Khan on Monday shared the remarks of a US defense analyst to strengthen his claims of a US-led conspiracy to remove him from power because of his refusal to surrender to western interests.

Dr Rebecaa, who leads a public-policy research organization in Washington, said in the 35-second clip that Islamabad needs to end all its agreements with Moscow and also should stop seeking any future deals.

She continued saying that Pakistan needs to limit its involvement with China, adding that the US was not happy with Pakistan.

Rebecca maintained that this is why Imran Khan was ousted a couple of weeks ago through the vote of no confidence, saying he [PTI Chief] didn’t listen. “Now the time has come that Pakistan should end anti-American policies, and cut relations with Russia,” she added.

Khan tweeted that “if anyone had any doubts about US regime change conspiracy this video should remove all doubts as to why a democratically elected PM and his govt were removed.

The ousted premier said it is clear that Washington wants an obedient puppet as PM in the South Asian country who will not allow Pakistan choice of neutrality in a European war.

Other PTI leaders including former Human Rights Minister Shireen Mazari shared the clip and asked if people needed more proof of US regime change conspiracy against elected prime minister Imran Khan for not kowtowing before US demands.