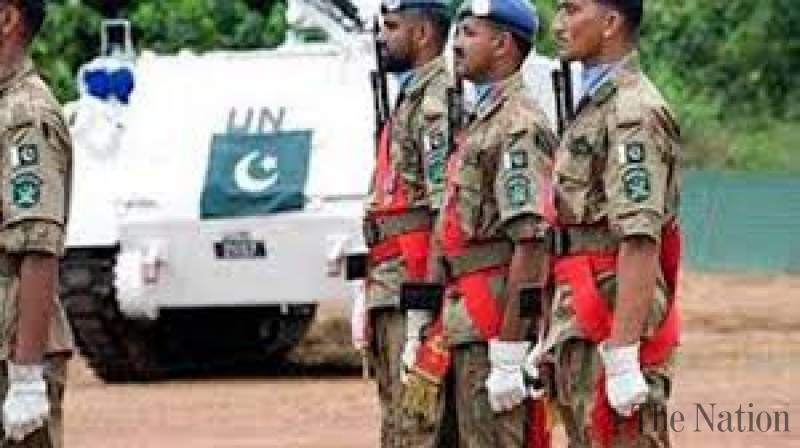 ISLAMABAD - The United Nations, on Fiday, hailed Pakistani peacekeepers’ role in rescuing more than 2,000 people stranded in the Uvira region of South Kivu in the Democratic Republic of Congo amid heavy floods.

A UN spokesperson said that Pakistan was among the top contributors in the UN peacekeeping operations around the world.

The UN also shared an Inter-Services Public Relations video on rescue and relief efforts by the Pakistani peacekeepers in saving hundreds of lives in DRC,

The tweet says: “Watch how Pakistani peacekeepers from MONUSCO helped save hundreds of lives during the deadly floods in the #DRCongo.”

The United Nations peacekeeping missions involving Pakistan cover about 70 operations throughout different parts of the world.

Pakistan joined the United Nations on September 30, 1947, despite opposition from Afghanistan because of the Durand Line issue.

The Pakistan Armed Forces are the third largest contributor of troops towards UN peacekeeping efforts, behind India and Ethiopia.

Peacekeeping, as defined by the United Nations, is the practice of helping countries torn by conflict to create conditions for sustainable peace.

UN peacekeepers — usually military officers and regular troops alongside civilian personnel from many countries — monitor and observe peace processes that emerge in regions post-war and assist ex-combatants in implementing the peace agreements they have signed.

Such assistance comes in many forms, including confidence-building measures, power-sharing arrangements, electoral support, strengthening the rule of law, and economic and social development. Pakistan's contributions have consisted mainly of regular military personnel, but also include paramilitary troops and civilian police officers as peacekeepers.