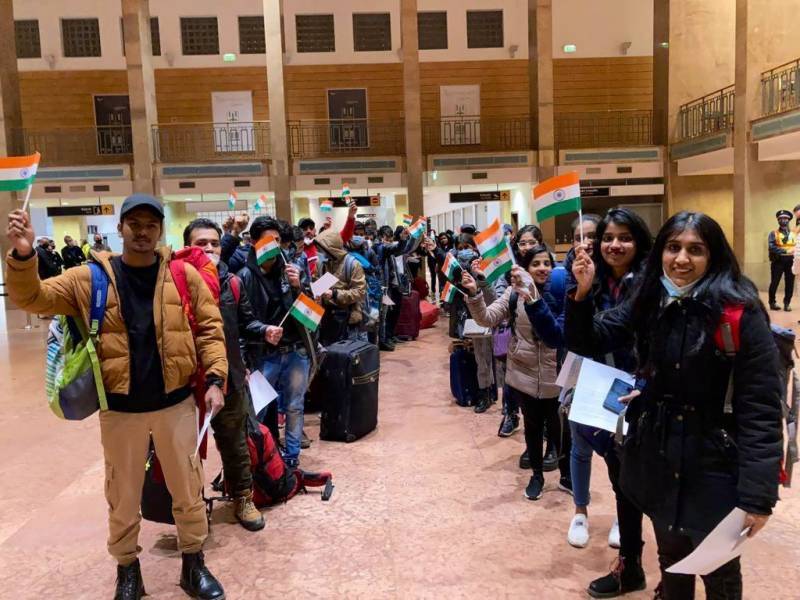 NEW DELHI – An Indian student was killed by Russian shelling in the eastern Ukrainian city of Kharkiv on Tuesday.

The development prompted New Delhi to step up demands for safe passage to evacuate thousands of its nationals trapped in the war zone.

Russian forces are trying to lay siege to Kharkiv, firing volleys of artillery that have killed civilians including children, Ukrainian officials say.

Indian foreign ministry spokesman Arindam Bagchi said the ambassadors of Russia and Ukraine had been called in "to reiterate our demand for urgent safe passage for Indian nationals who are still in Kharkiv and cities in other conflict zones."

In a post on Twitter, he added that the ministry was in touch with the family of the student.

Some 6,000 Indians remain trapped since Russia invaded the former Soviet republic last week, a government official briefed on the situation.

In total, about 470,000 foreign nationals are stranded in Ukraine, including students and migrant workers, the U.N. migration agency said, urging neighbouring countries to grant them refuge if they try to flee.