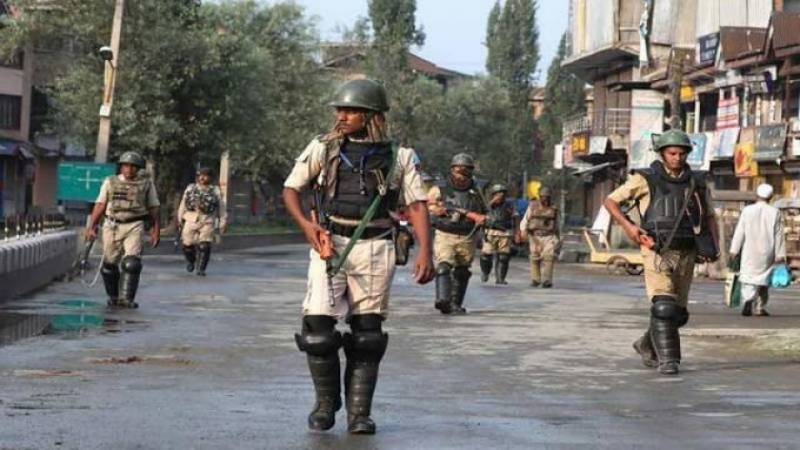 SRINAGAR – Two young men were martyred by Indian forces in their fresh act of state terrorism in Pulwama district in occupied Kashmir.

According to Kashmir Media Service, the youth were martyred during a violent cordon and search operation in the Rajpora area of the district.

The recent killings raised the number of martyred youth to 17 over the past five days in the disputed territory as brutal Indian troops continued operations in Srinagar, Kupwara, Baramulla, Bandipore, Shopian, Islamabad, Kulgam, Doda, Rajouri and Poonch districts.

Islamabad has strongly condemned the extra-judicial killing of Kashmiri youngsters in a staged cordon-and-search operation.

Foreign Office spokesperson said that the martyrdom of Kashmiris was highly condemnable and part of the unabated brutal campaign of oppression against the Kashmiris.

Meanwhile, New Delhi is deploying more than 15,000 additional troops in the occupied region in the garb of security for Amarnath Yatra, which is commencing in the last week of June.

Youth of the picturesque valley remained a specific target of the Indian military force while local residents are living in a perpetual environment of terror, harassment, and intimidation.

Around 600 Kashmiris have been martyred by Indian forces since the actions of August 5, 2019, while total casuistries are said to be in thousands since residents remained vocal for unification with Pakistan