PTI gets a blow from the Supreme Court of Pakistan
2 Jun, 2022 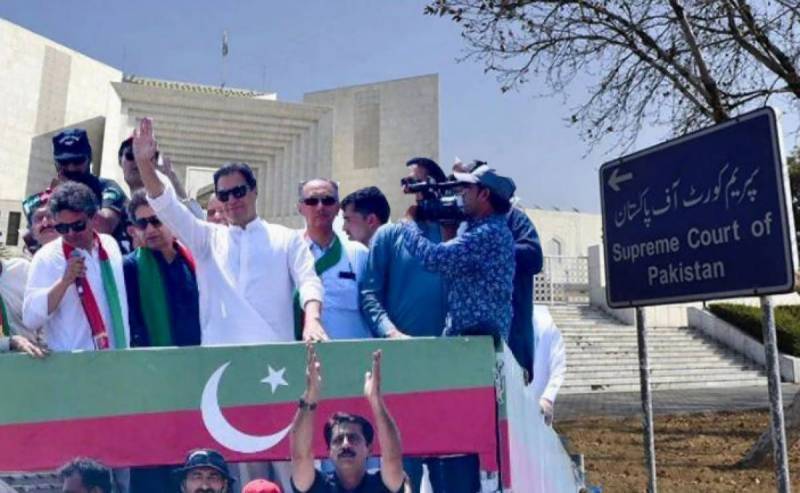 ISLAMABAD – The registrar's office of the apex court on Thursday returned the PTI's plea seeking protection against stern measures from the government as the former ruling party planned to hold a second long march.

Reports in local media said the SC registrar raised objections to the petition, stating that court had already issued an order in this regard. It also maintained that PTI had not approached the relevant forum.

“The petitioner has not approached any other appropriate forum available under the law for the same relief and has also not provided any justification for not doing so, it said. The court's registrar added that the plea mentions were controversial issues in paragraphs 4, 5, 12, and 14.

Earlier, PTI secretary general Asad Umar filed the petition seeking protection against being arrested or tortured, during the second march in the capital.

Former prime minister Imran Khan recently mentioned announcing his future plans in light of Supreme court order. The PTI would form two different strategies for the long march after the ruling of the top court, he said.

Lately, Federal Minister for Interior Rana Sanaullah maintained that no riots would not be allowed to take place in the capital under any circumstances, saying the PTI march would be dealt as per law.