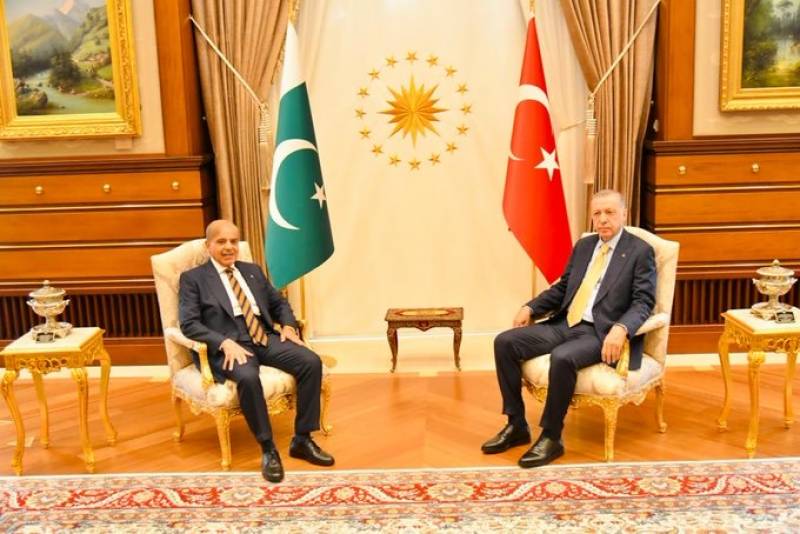 A report of the Pakistani state broadcaster said Erdogan and the Turkish delegation welcomed PM Sharif and other visiting dignitaries at the presidential complex.

The leaders have one-on-one talks before a meeting between the delegations of the two sides, which will be followed by a signing ceremony of agreements and a joint news conference.

Earlier in the day, the premier visited Anitkabir, the mausoleum of Mustafa Kemal Ataturk, founder of the Turkish Republic, and laid a wreath at his gravesite.

PM Sharif while paying tribute to Turkish revolutionary statesman Mustafa Kemal Ataturk, said the former Turkish President remains an inspiration not only for Turks but for all freedom-loving people.

He added that Ataturk’s life is a lesson that there is no substitute for an indomitable spirit and clarity and strength of purpose.