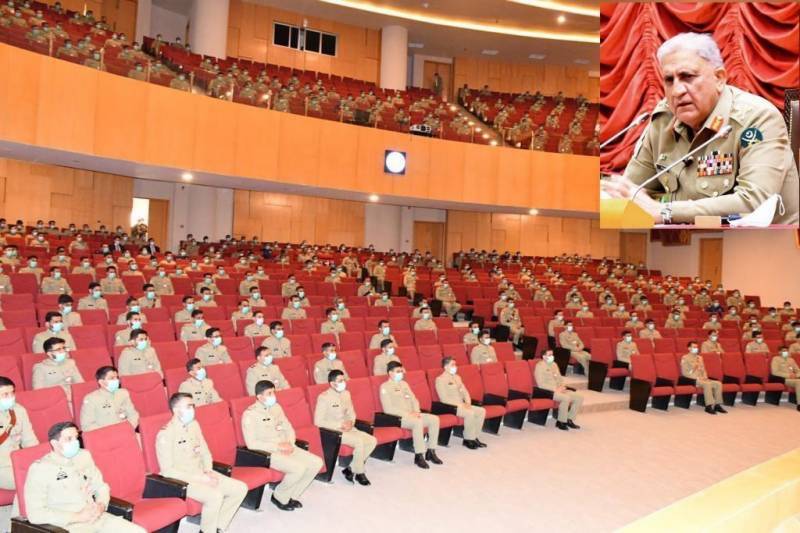 A statement issued by the Inter-Services Public Relations (ISPR) said the top general met the faculty and addressed participants of Command & Staff College Quetta during the Balochistan visit.

General Bajwa also visited Corps Headquarters where he was given a detailed briefing on the security situation in the region.

The Army chief commended the efforts of formations deployed across the province for providing a secure environment for socio-economic activities, including smooth conduct of Local Bodies elections in the province, per the official statement.