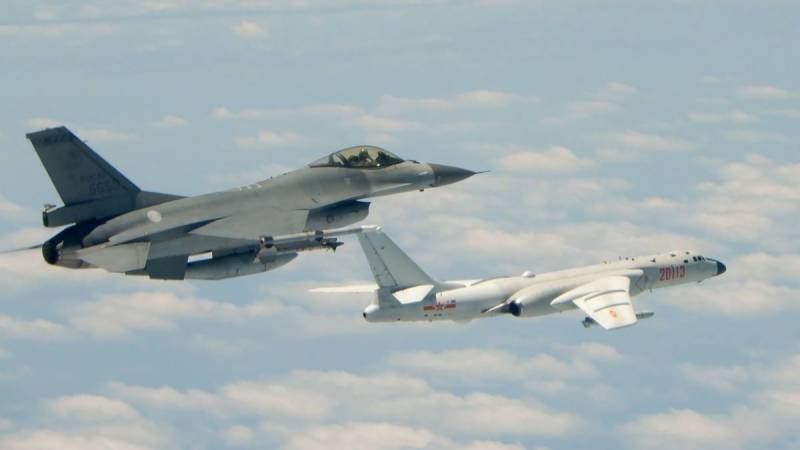 It took place Monday off the Malaysian part of Borneo island over the fiercely contested waters, where China and Malaysia link have overlapping territorial claims.

The Chinese link air force transport planes approached Malaysian airspace in "tactical formation" and flew to within about 60 nautical miles of the coast, Malaysia link air force said in a statement.

They were spotted by radar and several attempts were made to contact the planes, but they did not turn back.

As they approached, the Malaysian air force sent planes to intercept and identify them, before they flew off.

The air force described the appearance of the planes as "suspicious".

The aircraft did not enter Malaysian airspace over the country's territorial waters.

But Foreign Minister Hishammuddin Hussein said they had flown over Malaysia link "maritime zone" -- an area extending much further from the coast -- and described it as an "intrusion".

The foreign ministry will lodge a protest with Beijing and summon the Chinese link for an "explanation regarding this breach of the Malaysian airspace and sovereignty," he said in a statement.

"Malaysia's stand is clear -- having friendly diplomatic relations with any countries does not mean that we will compromise our national security," he said.

"Malaysia remains steadfast in defending our dignity and our sovereignty."

China has laid claim to nearly all of the South China Sea and has built numerous military link outposts on small islands and atolls, angering other countries with competing claims to the waters.

Despite their overlapping claims, relations between Malaysia link and China are usually cordial, and Monday's incident was unusual.

There have been tensions in the area in the past, however.

Last year, a Chinese link survey ship had a long standoff with a Malaysian oil exploration vessel off Borneo.

Other claimants in the sea include Vietnam, the Philippines, Brunei and Taiwan.

The United States has also sent warships through the waters to assert international rights to freedom of navigation, angering China. -APP/AFP