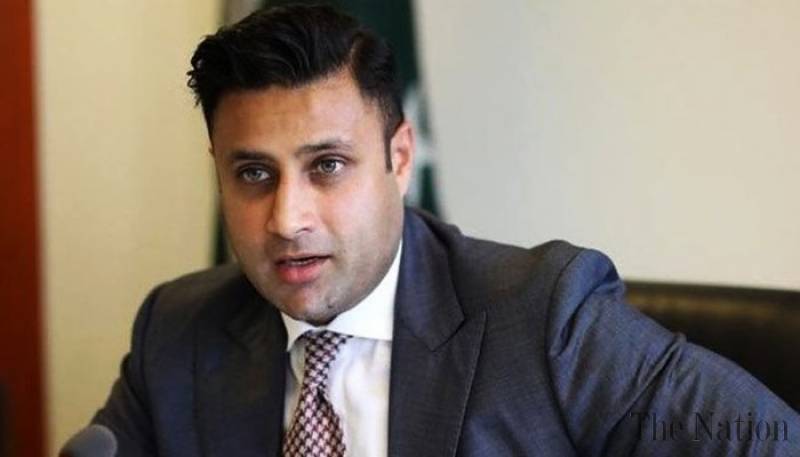 Talking to 24News TV channel at Islamabad Airport soon after returning from the UAE, Zulfi Bukhari link said he would appear before any inquiry team, if summoned in order to prove his innocence.

“Although Prime Minister Imran Khan had advised me not to resign, I decided otherwise so that I could clear my name,” he said, and hoped that soon truth would be separated from falsehood and his political opponents would be disappointed.

Zulfi said previously too he had proven his innocence and would succeed this time as well.

The former SAPM had flown abroad on May 28 in connection with an urgent piece of work.

After being named in the Ring Road scam, Zulfi Bukhari link on May 17 had conditionally resigned to clear his name in the probe. He announced his resignation on Twitter saying, “My Prime Minister has always said that if a person has been named rightly or wrongly in any inquiry, he should cease to hold any public office till his name has been cleared of charges”.

He said, “Owing to the allegations in ongoing Ring Road inquiry, I want to set this example”. He also twitted that by resigning from his position until his name was cleared up of any allegations and the media’s obnoxious lies.

Later it was reported that Zulfi Bukhari link not resign from his post as special assistant to the prime minister for overseas Pakistanis on his own rather he was forced by Imran Khan to tender the resignation.

Quoting sources, 24NewsHD TV channel reported the inside story of the Ring Road project saga. After receiving the inquiry report Prime Minister Imran Khan had summoned Zulfi Bukhari link for an explanation but he failed to satisfy his boss in a one-on-one meeting.

The inquiry report had identified the links between Zulfi Bukhari link and Nova City.

According to the sources, the PM Office has ordered an inquiry into the Benami properties of Nova City. The inquiry was ordered against Capital Smart City and New Airport Society, the sources added.

Owners of 10 housing societies including Ittihad City will also be investigated, the sources further said. The sources divulged that the PMO has also summoned the files of the Ministry of Overseas Pakistanis for scrutiny.

Reportedly, the main accused in the Rawalpindi Ring Road scandal, ex-commissioner Rawalpindi Muhammad Mehmood who tried to mislead Prime Minister Imran Khan also got the support of former adviser to the prime minister on Overseas Pakistanis who vouched for him.

Sources informed that in his meeting with Prime Minister Khan, Mr Bukhari had appreciated the services of Mr Mehmood and spoke on his behalf. He requested the PM to restore the ex-commissioner's services pleading his innocence. But the prime minister did not buy Mr Bukhari’s argument and did not lend his ear to his advice.

The TV channel reported that the Punjab government wrote that these officers were involved in the Rawalpindi Ring Road scandal.

Rawalpindi Commissioner Syed Gulzar Hussain Shah briefed Punjab Chief Secretary that as per the instructions of the Punjab Chief Minister, immediate work has started on the alignment of Rawalpindi Ring Road. “It is ensured that the new alignment is free from rent-seeking and tax evasion,” he added.